Although Northwestern students walk practically everywhere, it can be pretty easy to get out of shape at college. If not on a sports team, you may find it difficult to get the recommended 30 minutes of moderate-level exercise a day.

Now, I’m no better. I once made plans to go to the gym with a friend, but ~somehow~ instead ended up out in Evanston eating a cinnamon roll. I’ve arrived at office hours short of breath simply from climbing up stairs. So, I suppose I would benefit from going to the gym.

But how much would it really help me to go and work out? I tracked my heart rate for a day – before, during and after a workout – using a FitBit Charge 2 to see what happens to my body while at the gym.

Thus on Tuesday, I entered the rec room in 1838 Chicago for the first time in months. To my relief, it was pretty empty. The elliptical looked too intimidating for me to handle, so I sealed my fate and hopped on the treadmill. With one last wistful look at the vending machine – put in that room just to tease me, I'm sure – I reluctantly began my workout.

I put on the FitBit around 11 a.m., and wore it throughout the day as I went to an academic advising meeting, lunch at Sargent, two classes in Tech and finally, the gym. The FitBit deemed my resting heart rate to be 70 beats per minute, which I originally thought was rather high, figuring that I was maybe just unable to relax – #mytruenorthwestern. But that's not actually out of the ordinary, as a normal adult resting heart rate falls between 60 and 100 bpm. While walking during the day, my heart rate went up to 110-120 bpm, which made me wonder how high it would go at the gym. 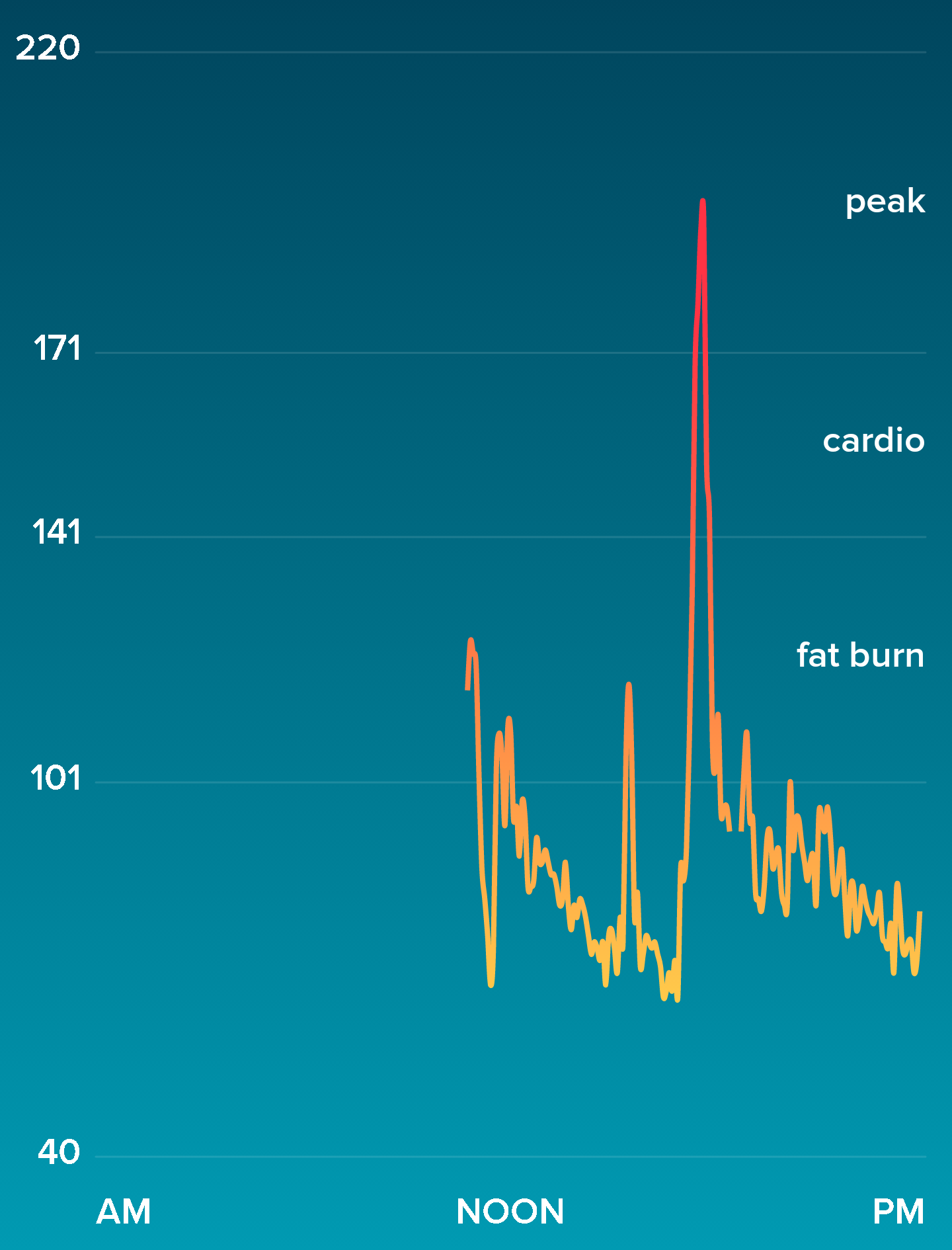 My heart rate chart, as tracked by the FitBit Charge 2. The spike around 5 p.m. is my workout.

So, what happened during the workout, besides me questioning why I’ve chosen a career that forces me to put my body through such physical torture so I can write about it?

Well as I warmed up, my heart rate climbed to about 130 bpm. As I continued my workout, I moved through the cardio zone and into the peak heart rate zone. For the intensity of my exercise that probably shouldn’t have happened, but my body is really not that used to this.

You can approximate your maximum heart rate by subtracting your age from 220. Thus, I got pretty close to my 201-bpm maximum during the workout – which I suppose is good – though I definitely couldn’t keep that up for any extended period of time. If I exercised regularly, my heart would get stronger and be able to pump more blood with each beat. Theoretically, my heart rate during exercise would get lower.

Will I ever reach that point? I’ll have to wait and see, but until then I’ll continue to perfect the art of hiding my heavy breathing after walking up stairs. Trust me, I’ve gotten pretty good at it.