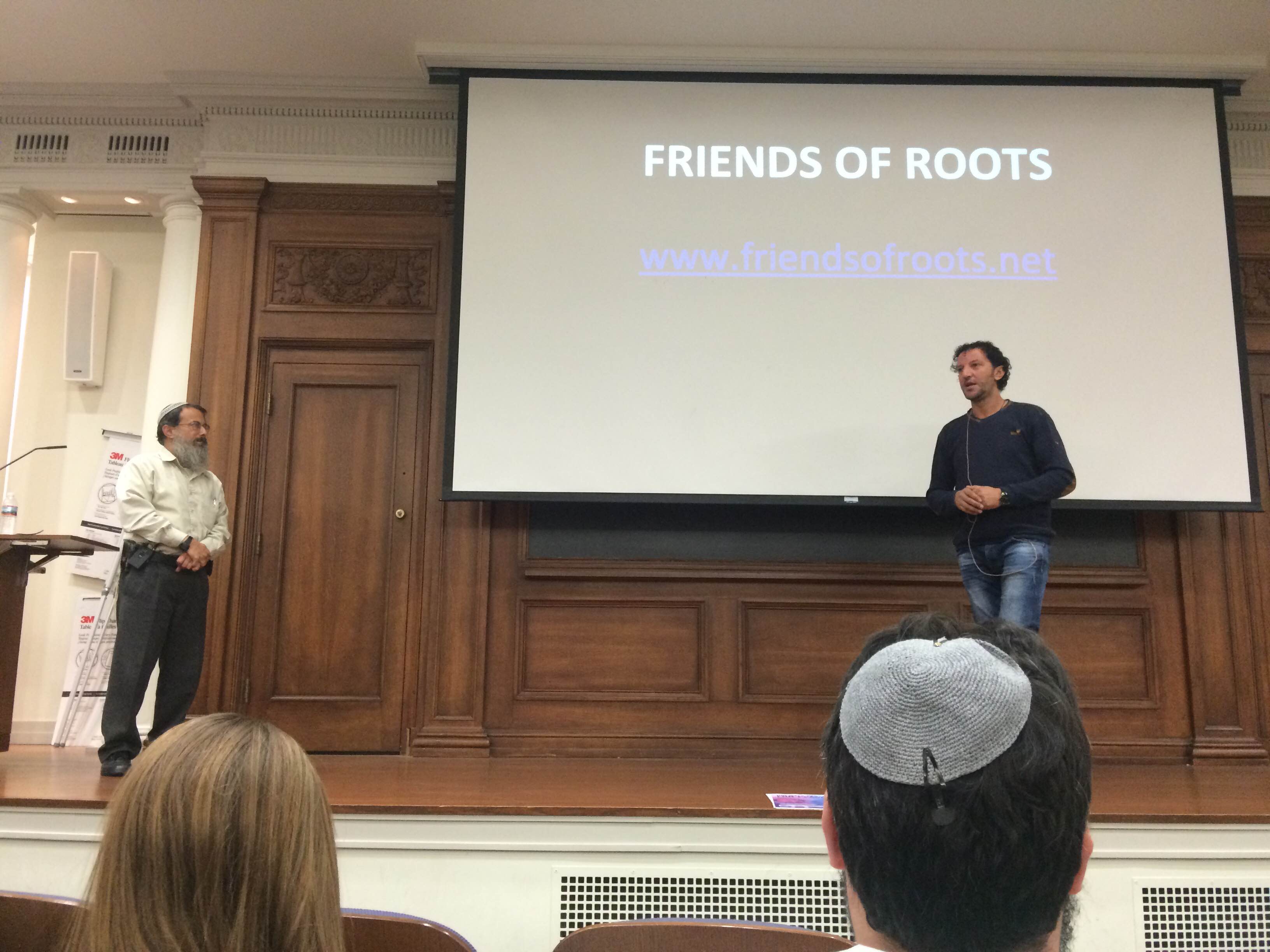 Ali Abu Awwad, a Palestinian living in the West Bank, and Rabbi Hanan Schlesinger, an Israeli settler in the West Bank, came together for a dialogue at Harris Hall Wednesday evening as a part of the Roots Project. The pair brought Northwestern students, faculty and community members to their feet when discussing their non-violent, grassroots campaign to bring Israelis and Palestinians together for dialogue in order to lay the foundation for peace.

As a part of the Roots Project, Awwad and Schlesinger are speaking to various audiences across the United States about their message. The two say their goal is not to promote a specific solution to the conflict, but instead to lay the foundation for the two sides to be ready to negotiate peace in the first place.

“The truth of my story has blinded me for 34 years to the truth that was there when I arrived, the truth that the Palestinians have been there for hundreds of years while we have been in exile, and when we returned, we didn’t see that there was somebody else there,” Schlesinger said. “There were individuals with a national identity, we just didn’t see it.”

Schlesinger, an Orthodox, conservative Israeli, said that he did not begin to see this “other truth” until he spoke with Palestinians face-to-face.

Ali Abu Awwad said that his brother, who was his best friend, was violently killed by an Israeli soldier. A year after his brother’s death, his mother welcomed Israelis into their home who had also lost loved ones in the conflict.

“You see a group of people who paid the highest price, and I was transformed totally," Awwad said. "For the first time in my life, in 2001, I saw an Israeli crying: I couldn’t even imagine that Jewish people have tears. I started a long and complicated journey, joining organizations, going all over to speak, and then I realized these nice peace conferences in five-star hotels won’t solve the conflict. It had to be a practical movement on the ground to stand for justice.”

Jacqueline Soria, a SESP senior, is the president of J Street U, a national Jewish student organization dedicated to a two-state solution. Soria said that the event motivated her to continue bringing people together to engage with the conflict in a thoughtful and critical way.

“I hope others will take away from this that there is some positive activity going on in the region that we can latch onto as a model,” Soria said.

“I thought it was interesting to hear their stories and how they tried to see the conflict from the other person’s perspective," Hayani said. "At the same time, it kind of felt like the idea of dialogue between Muslims and Jews here in the U.S. might be normalizing the situation.”

Tahera Ahmad, the director of interfaith engagement and an associate chaplain at Northwestern, said that the conversation that took place at this event inspired her thinking about future programming on campus regarding the issue.

“I think that for me, I just have to create more spaces where we can have just dialogue," Ahmad said. "This was a form of just dialogue: It wasn’t sugar coating or hiding anything."