Just as Northwestern professors research a variety of topics, student research continues to thrive on campus as well. Here's a look at some of the research projects undertaken by students this summer.

The rise in the usage of unmanned aerial vehicles commonly known as drones, has incited fervent discussion over how to use them ethically. In particular, the debate on the use of drones in warfare has been hotly debated. In light of these ongoing discussions, junior Jonathan Goldberg decided to look into whether drone strikes were effective in combating terrorism.

Goldberg’s research examines the effects of the United States’ drone strike policy to determine whether it is an effective counterterrorism measure, whether drone strikes in the Middle East statistically lead to an increase or decrease in the number of terrorist attacks and whether the attacks are more or less lethal.

“I thought there was particularly not a lot of heavily focused statistical analysis on drone strikes,” Goldberg said. “There was really only one author who had worked on it, and so I thought it was an area that needed more research.”

“The biggest challenge was aggregating the data because I needed to somehow match up drone strikes to terrorist attacks based on geographic location, which I had no idea how to do, but the University Library was extremely helpful in teaching me how to use the programs,” he said.

“We have two different data sets, which is the basic point to us reaching a different conclusion; whether one conclusion or the other is more correct I’m not necessarily sure.”

Goldberg went on to explain that drone strikes may decrease the amount of terrorist attacks because they focus on high-value targets, or those who are good at creating the weapons, arms or IEDs that make it easier to complete attacks. However, Goldberg said it is also possible that drone strikes incite greater violence by increasing retaliatory attacks.

Goldberg hopes his ongoing research will be able to influence the debate on drone warfare and help people question drone usage policies.

“Drones are pretty controversial because we kill a lot of civilians,” Goldberg said. “Helping solidify the debate over whether they’re effective allows people to focus on what I think might be more important issues with drones like their legal concerns, their ethical concerns, rather than the idea that we can put those ideas aside because we protect people at home.”

Senior biology major and pre-med student Lorna Sanchez spent her summer doing research on the Evanston campus. She worked with psychology professor Robin Nusslock in a lab to determine the connection between symptoms of depression and inflammation in the blood.

“I wanted to look [at] people with specific symptoms of depression like anhedonia — the lack of pleasure or the lack of seeking reward — [to see] if we could tease out those symptoms and see a correlation with the inflammation in the blood,” Sanchez says.

In the lab, students organize three and a half hour long sessions where volunteers, some with depression and some without, are given surveys and asked to complete a series of tests. 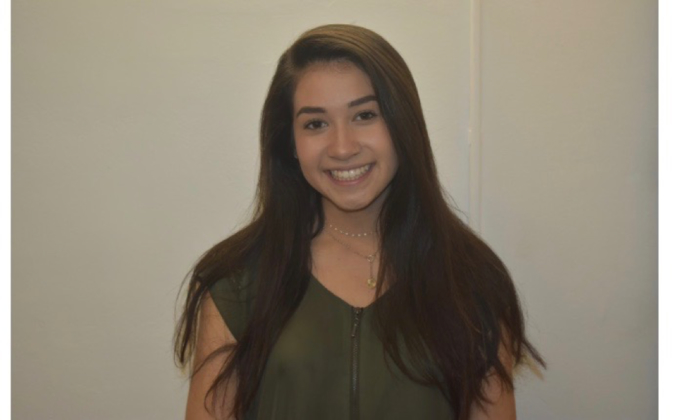 This is not Sanchez’s first time working in a lab. All pre-med students are required to have lab experience. Sanchez began filling this requirement by working in a lab at Northwestern’s Feinberg School of Medicine. About a year ago she switched to the lab where she currently works. She says she prefers working with human subjects to individual cells and proteins.

“I like working with actual human beings instead of a lab where we work with individual cells because it’s hard to see the big picture when your focus is so small,” Sanchez says.

Though research might sound glamorous, Sanchez spends most days inputting data and organizing the sessions with volunteers. Because of this, she does not plan to pursue research in the future, though she plans to use what she has learned through her research in medical school and beyond.

“I would be interested in continuing my background in neuro, and everything that I’ve learned doing this research; looking at the brain [and] development and emotion and stuff, and applying it to a specialization maybe as a physician,” she said.

Sanchez’s work is ongoing, and there is not yet a conclusion to her research question.