It’s been a big big week in the science world. A possible Zika vaccine has been tested successfully, possibly the first step towards ending the scary epidemic affecting people (especially pregnant women) and travelers throughout Latin America. At-home HIV tests in just 20 minutes are also becoming a reality, more positive news to counter the Trump presidency’s scary outlook for the tech community and Earth’s temperature reaching a tipping point. Anyone else hear that Mr. Drumpf is thinking of hiring a huge climate change skeptic to be the head of the EPA?

Let’s put our science goggles on. 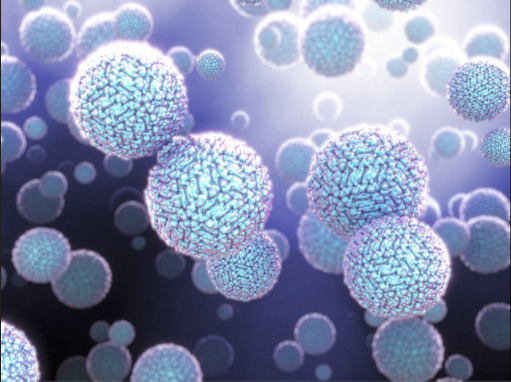 Not, yet, but soon. Ever since the virus took the world by storm, doctors have been searching for ways to limit its spread and now are looking to limit its effects. The latest clinical trial, tested on monkeys, proved effective. This leaves researchers hopeful that this vaccine will work in humans.

Instead of using a live virus, a DNA-based vaccine uses harmless proteins. Our bodies recognize the proteins as invaders and then use antibodies to fend against the invader and the disease. This type of vaccine is much safer than a virus-based vaccine, as it doesn’t depend on a live virus.

So will this be available to humans?

Trials on humans are expected to start on August 2, and will hopefully yield results by December. If the results are positive, a new trial will be carried out in endemic countries, and will hopefully help cure some of the population from the biting effects of Zika.

Did you say USB?

Yup. Scientists in London have created a device, which resembles a flash drive, that can test for HIV. All you need is a drop of blood, a computer or handheld device, and less than 30 minutes of time.

This sounds kind of insane! How does it work?

When you put a drop of blood into the device, it creates an electrical current which can then be read by a computer or other electronic device when plugged in and can reveal negative or positive results. The device also checks the blood for viral levels, so if an HIV patient is becoming immune to his/her medication, the device will let you know. The test is expected help improve HIV treatment in sub-Saharan Africa (which is basically any African country not touching the Mediterranean).

What do you mean?

After Tuesday’s election, many tech companies in Silicon Valley released statements of unease. Not only has the president-elect promised antitrust actions against Amazon, he also promises to make companies like Apple manufacture their products in the United States.

So they are worried from an economic standpoint?

Yes, but from a social one too. The success of Trump has worried many major tech companies that they are out of touch with the mass majority of their users. Based on this election, it seems people distrust their products and the industry’s close relationship with the government. This relationship is expected to change in the years to come, and Silicon Valley leaders fear the possibility of falling behind in the world of tech.

When something has reached its tipping point, it basically means it had reached its carbon dioxide point of no return. In this instance, it means climate change has progressed so far that the world will very possibly never be the same until the effects of nature allow it to be, but this process often takes thousands of years (as shown by the last ice age).

But the world is always changing…

Yes, but the world is not always gaining 2.8 to 4.6 degrees Celsius in its average temperature. This temperature increase, which is expected to happen in the next 60-80 years, will affect the world’s ecosystem so heavily that earth may become the next Venus (which was thought to have at one time supported life, until it got too hot and everything died off). 80 percent of the ecological processes on earth are affected by climate change, and this number is only bound to increase.

Can we fix it?

It is possibly but unlikely. Most major scientists advocate for the decreased use of fossil fuels, but it was determined this week that the increase in the earth’s temperature is so large that the earth is unlikely to ever return to its normal, pre-industrial temperatures levels.