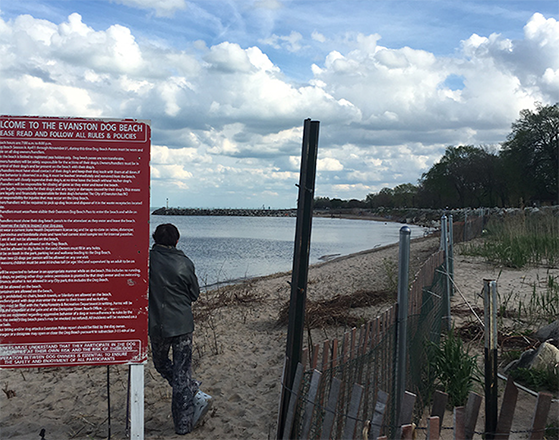 Polar ice caps are melting rapidly, causing sea levels to rise. Some scientists predict that sea levels might rise several meters by the end of the century. Luckily Lake Michigan is not an ocean, so Evanston won’t be affected by water level rise caused by climate change, right? Wrong. Although Evanston will not be submerged like many other coastal cities might be, lake levels are rising.

Evanston’s Dog Beach, located just south of Northwestern's campus, is closed until further notice. Most of the beach is underwater, and the Dog Beach is not alone. Lake levels are higher across the Chicago shoreline this year than they have been in 18 years, and the culprit of this phenomenon is indeed global warming, according to local climate consultants. 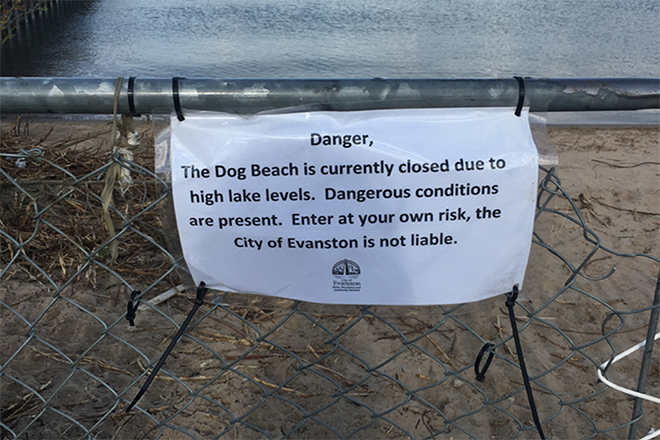 “The reason this is a problem is because nobody was prepared for it," Jon Shabica, a representative from Shabica and Associates, an environmental consulting firm, said. "The last high lake level was in 1997. People were blinded by the low lake levels and by the size of the beaches they had, and now that the lake level has gone up the people are panicking." Shabica and Associates presented to Evanston City Council’s Human Services Committee last Monday.

Evanston will likely have to make infrastructural changes to much of its public beachfront due to the erosion taking place as a result of rising lake levels. The rise and fall of lake levels in the Great Lakes is cyclical, but the drastic changes that have taken place in the past few years are undoubtedly due to climate change. Over the past 20 years, lake levels have fluctuated six feet. While Evanston likely won't see the effects of multiple meters of lake level rise, it could continue to see its beaches disappear, according to Shabica.

Recent changes in lake levels are due to two consecutive years of extremely cold winters, which took place when temperatures hit record lows in late 2013 and early 2014 as well as late 2014 and early 2015. During these winters, Lake Michigan had nearly 100 percent ice cover, leading to a minimal amount of wintertime water evaporation. This, combined with increased precipitation during those years, made for higher lake levels than Lake Michigan has seen in nearly 18 years, Shabica said. 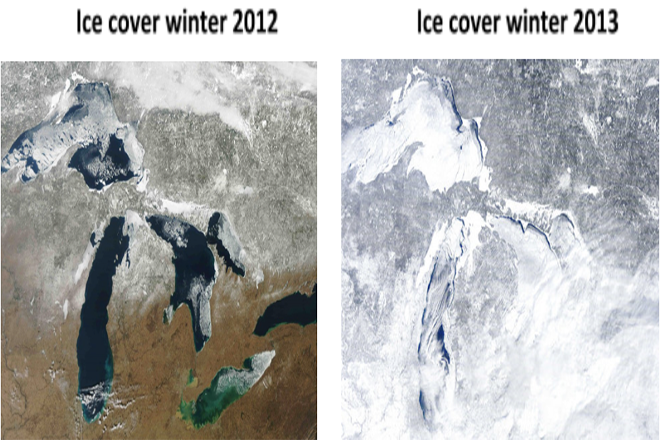 The temperature difference between the Arctic and the mid-latitudes is getting smaller. This drives what climate scientists call the circumpolar vortex, which describes a mass of moving cold air over the Arctic. As the differences in temperature between these two regions decline, the polar vortex weakens, and has the tendency to dip down on a more southerly course, bringing more extreme cold weather to the mid-latitudes. 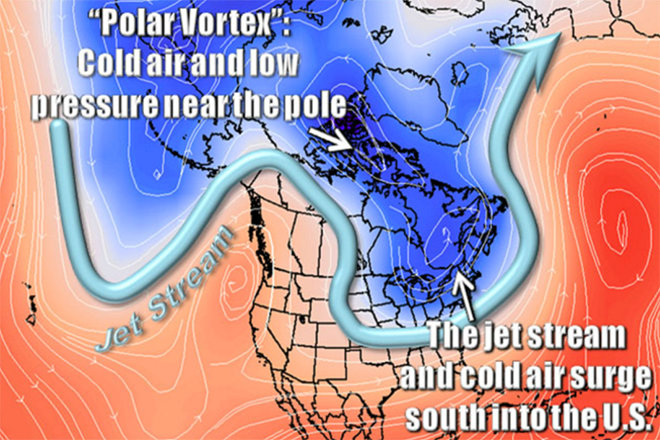 Though this year Evanston’s beaches are experiencing record highs in lake levels, in 2013, they saw record lows. The spring and summer of 2013 were preceded by mild winters and saw extreme storms, which scientists also believe to be a side effect of global warming. In 2013, the elevation of Lake Michigan was 576.1 feet. Today, the lake level is 580.1 feet, according to Shabica’s presentation.

“With the lake being up almost four and a half feet, on some beaches we’re seeing 200 feet less of beach because all of that sand is underwater, and that’s what is happening at the dog park,” Shabica said.

Evanston resident and local hair stylist Ursula Andreasen said she brings her dog to the Evanston Dog Beach every day, even though the beach is closed.

“It is obvious that lake levels have risen, but the real dog lovers come here anyway," Andreasen said. "I went to speak to the City Council about this and they said they have no intention to fill the beach. The City Council didn’t mention global warming as the cause for this. They said it was just a natural fluctuation in the lake.”

Shabica said that Evanston’s beaches are all engineered beaches, meaning that they don’t exist naturally. Although the rising lake levels affect these man-made beaches, he doesn’t believe this phenomenon will affect many other things in Evanston.

“If anything, it’s a sign that the changing climate is going to affect many parts of our lives, even the things we don’t often think about,” Shabica said.