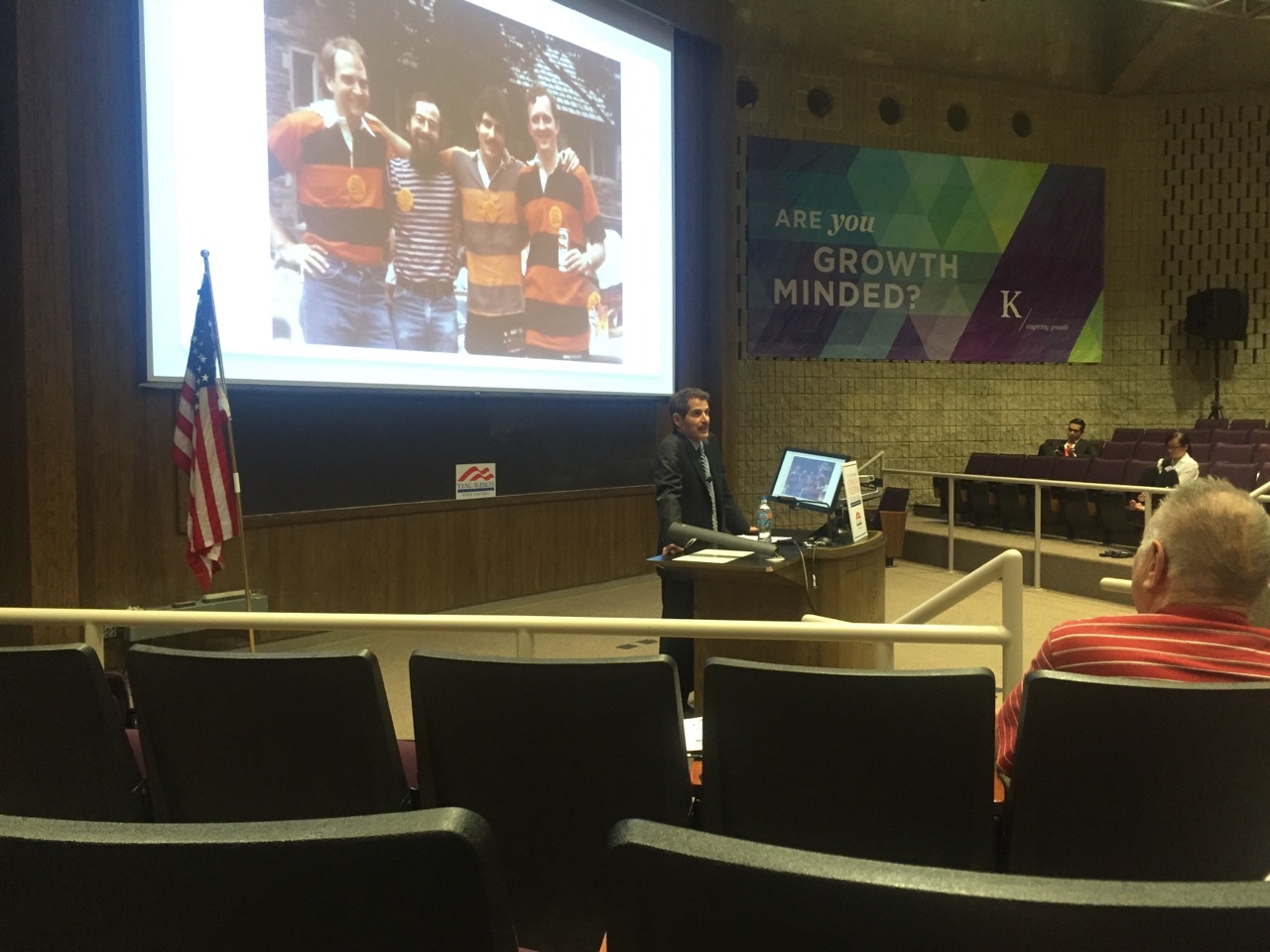 Broadcast journalist and Libertarian pundit John Stossel spoke on Tuesday night as the Northwestern University College Republicans spring speaker. His discussion focused on why a strong economy protects an individual’s rights better than a strong government. He was joined in Leverone Hall by about 100 attendees, ranging from Northwestern students to Chicagoland Libertarians.

While the title of the event was “Freedom and its Enemies,” Stossel said that as a young reporter, “I was an enemy of freedom without realizing it.”

He explained this, saying that when he was young as he looked into the unfairness of capitalism, he felt the government’s job should be to protect people. He won Emmys for producing work exposing businesses he felt cheated people.

“I had this world vision of government making the world better, and what’s the alternative?” said Stossel. “I was woefully ignorant.”

However, after years of reporting on the topic and being exposed to different viewpoints, Stossel said he noticed his work was not changing anything, and realized that perhaps the problem may be the government.

“This spiderweb of little rules that [the government creates] are like barnacles,” he said. “They never go away, they just grow new ones on top of the old ones...they keep adding more and this strangles economic growth.”

Once he shifted to work that criticized the government, Stossel said he stopped winning awards and started receiving threats as he walked around New York City. “Apparently my work was no longer good now that I was criticizing government instead of business.”

He argues that with fewer regulations by the state, the economy and consumers would thrive because individuals would work societal issues out on their own. He said that it does not make sense for the government to manage the majority of life that is outside of politics.“In a free society things get better on their own,” he said. “Government action always has unintended consequences, like messing with the norms of society.”

The market, however, Stossel said, is voluntary because in order for a transaction to occur, it must be mutually beneficial to producers and consumers. However, with government regulations there are losers. Stossel said the government is something that is forced on people; yet, at times, he feels people are more comfortable with force.

“This becomes a moral problem because as the government gets bigger, we get smaller,” Stossel said. “Despite this growth, voluntary networks of private individuals create good things.”

With fewer rules, Stossel said private businesses could create systems that are more efficient than present-day government programs such as healthcare and education. Without the FDA, he speculated, private companies would take up these actions with heightened efficiency.

Stossel’s inclination toward free markets was why College Republicans decided to pursue him as a speaker. The events coordinator, Bienen freshman Grant Papastefan, said that at the beginning of the year, when NUCR first meets, they ask students why they identify as Republicans.

However, Stossel pointed out that he is not a conservative, despite being the speaker for NUCR. He supports freedom fully in topics like homosexuality, drug use and even prostitution.

“I think most of the stuff that’s going on on Dillo Day is okay,” he said.

While Weinberg freshman Rebecca Fudge did not come in direct support of Stossel’s political opinions, she said she was excited to hear him speak because her high school AP economics class watched “Stossel in the Classroom” videos almost every week.

“He’s something of a celebrity at our high school,” Fudge said. “I enjoyed it a lot. I would say that I don’t often agree with his viewpoints but it’s always important to listen to someone so different from me.”