It’s not easy being a Northwestern sports fan. When compared to Big Ten powerhouses like Ohio State, Michigan and Michigan State, it can be hard to compete. All too often, ’Cats fans are left with nothing but “state school” chants and their double triple-major degrees. Especially now, with women’s lacrosse, baseball and softball all struggling, it can be difficult to cheer on NU. But there’s two sides to every story. Is being a Northwestern sports fan worth it? Our sports editor, Will Fischer, and our assistant sports editor, Rob Schaefer, battle it out. 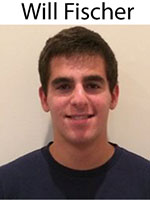 Robert, number one, I outrank you – so whatever I say is automatically the right answer.

But in all seriousness, it is absolutely worth it to be a Northwestern sports fan. Sure, at times it’s crushing. I was at Michigan when NU got pummeled 38-0 and I also saw Iowa absolutely eviscerate the Wildcats 40-10 a week later – it wasn’t fun. But I also stood in the freezing cold in Madison, surrounded by thousands of Wisconsin fans, and watched the 'Cats pull off a ridiculous 13-7 win. And I can only imagine what it would have been like to be at Notre Dame last year, watching Jack Mitchell kick the Wildcats to an improbable 43-40 OT win.

What I’m getting at here is the spirit of rooting for the underdog. Cheering on Northwestern is like cheering on the smallest kid in pee wee football – he’s probably not going to do so well, but if he does, it will be a moment to remember. Think of the 1995 Rose Bowl season. Or Kelly Amonte Hiller’s upstart women’s lacrosse program coming from nowhere to dominate the lacrosse world for the past decade. Even basketball has had its minor successes – the Wildcats made Gus Johnson lose his mind back in 2012.

Even further, if there’s any time to be optimistic about Northwestern sports, it’s now. Football is coming off a 10-win season, the most in program history. NU just dropped $260 million on a brand-spanking-new athletic facility. The ‘Cats are pulling better and better recruits – even beating out schools like Texas and Oklahoma for four-star defensive end Earnest Brown IV – and he likes board games!

Men’s basketball also notched its highest win total in program history, going 20-12 this season. While that elusive first NCAA Tournament bid might not come as soon as most think, the Wildcats are undoubtedly moving in the right direction under head coach Chris Collins. Next year will be the first season where Collins truly has all his guys, and with the return of Vic Law, the ascension of Bryant McIntosh and some exciting new recruits, there’s no telling where the ‘Cats could go.

While women’s basketball struggled during the second half of its season, everyone knows what Nia Coffey, Ashley Deary and Christen Inman are capable of – and they all return next year. Men’s tennis is 23-2 and No. 15 in the country, and its best three players are juniors. Women’s lacrosse is having a rare down year, but its brutally difficult schedule is a large reason for that. The ‘Cats have lots of young talent and will bounce back – because Kelly Amonte Hiller simply doesn’t lose.

Even for baseball, there are optimistic waves of change in the air. New head coach Spencer Allen left rival Illinois to resurrect NU baseball and comes with winning experience. It will be a process, but you have to believe that Allen will steer the Wildcats in a positive direction.

Optimism. C’mon, if you say it enough times, you start to believe it. 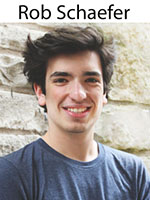 Can’t argue with you on your first point, William. As assistant to the sports editor, it’s easy to feel under-appreciated around here.

But I’m a dedicated man, and I work hard at my craft. I’ve been to the games, I’ve perused the box scores, talked to players, coaches, you name it. And I’ve noticed a trend: it seems there is a growing apathy toward NU sports among the general student population.

Well, if you ask me, it’s hard to blame them. I’ve hardly been on campus two quarters and Wildcats of every athletic denomination have managed to break me, put me back together only to shatter me again so many times I’m starting to identify more with the Jenga set wasting away under my bed than an actual human being.

Remember football season? It was electric. Northwestern looked like they had a chance to do something. Something real. The Stanford game. The 5-0 start. Only to have it ripped away in Ann Arbor. I was at that game, William, I know you were too. Remember how Evanston wept? But it was okay, even after the Iowa debacle, they finished the season 10-2, ranked No. 13 and set to take on Tennessee in the Outback Bowl. But, oh, how the Volunteers scored. They scored and they scored until they couldn’t score any more. That game ended 45-6. Northwestern’s football season was dead without consolation.

Then came basketball. Such optimism. The women, coming off an NCAA Tournament berth and entering the season ranked No. 19 with a talent-packed roster, looked poised to make a leap. The men, while not quite bound by the same expectations as their female counterparts, still seemed ready to take one step closer to the program’s first ever NCAA Tournament appearance.

But things never go according to plan. Not here. Vic Law goes down. Then Olah. A 12-1 start turned to 20-12. No tournament bid. A first round exit in the Big Ten Tournament. The women’s side, meanwhile, compounded a similar 11-1 out-of-conference schedule with a 4-14 B1G mark, finishing the regular season 15-15. But this wasn’t cruel enough. They again toyed with their fans, advancing to the semifinals of the B1G Tournament and flirting with an improbable NCAA Tournament bid. Alas, a 21-point loss to Maryland eliminated this dream. A first-round NIT exit left a sour taste in fans’ mouths to end the season.

The list goes on. The women’s lacrosse team, baseball team and softball team have a combined record of 32-57. Wrestling won two of 15 matches in their season. Swimming & Diving took three of 12 contests. Men’s soccer finished under .500 for the first time since 2002.

Yes, I’m leaving out the success stories. Men’s tennis has never been better. Fencing went 39-6 and finished their season ranked fifth in the nation. But sometimes, that’s just not enough. The people need more from you, Northwestern. I’ve heard “state school” despondently echo through every corner of this campus for too long. It’s one thing to embody the underdog spirit, but this is beginning to border on masochism. It’s time for the fans to be given something to believe in, or they’re going to continue losing their patience.

I rest my case. If you need me, I’ll be on the UConn women’s basketball beat. Seems like a much more stable lifestyle.