NBN’s Laura Zornosa tests Northwestern’s temperature with Chicagoland college students. So, are we more hot, or cold? Read on.

Northwestern University just may be DJ Khaled’s new favorite inspiration – that is, if innovation truly is “key.” Max Obasiolu, a freshman at Daley College in Chicago, summed up Northwestern in one word: “innovation.” Chicagoland college students like Obasiolu bear diverse views of our hallowed institution and its students, from pretentious to appealing.

“The fact that you guys are basically right on the beach of Lake Michigan and basically next-door neighbors to downtown Chicago; I feel like there’s a lot for you guys to go do in your free time compared to here … where it’s bowling on campus and corn fields,” said Illinois State University sophomore Lauren Smith, who has visited Northwestern a handful of times. 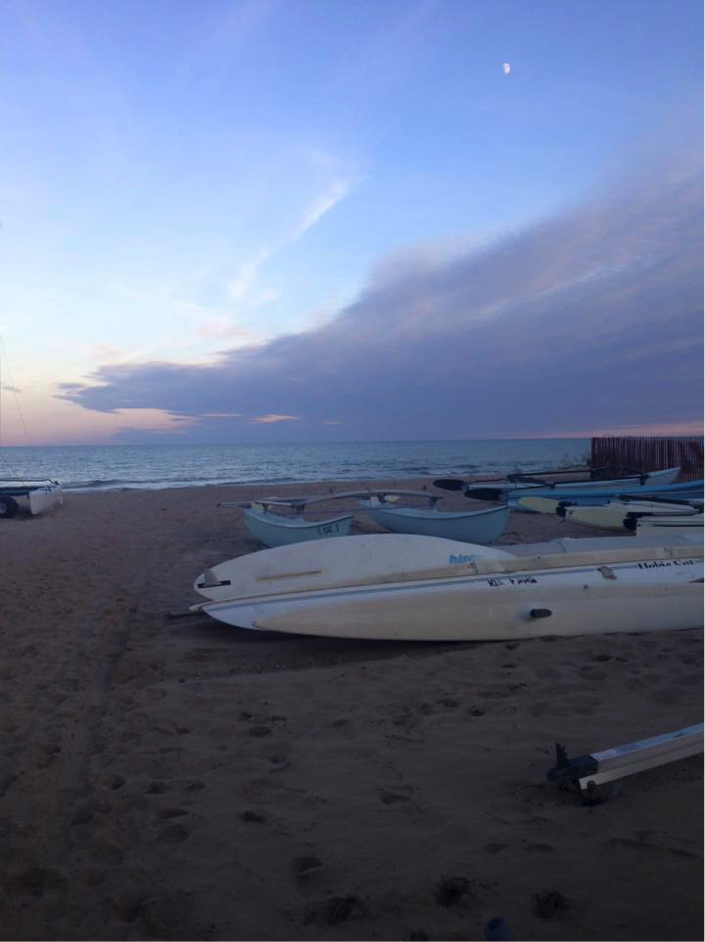 Lake Michigan is good for tanning, skinny dipping and water sports… when it’s not below freezing, of course.

Aside from geographic and extracurricular variety, though, other students in the area, like Dominican University freshman Austin Michaels, find diversity among Wildcat students themselves.

“I know my friend’s roommate is a clarinet player, but then I’ve met other people who do improv, and I’ve met other people who are on sports teams ...it’s just crazy, and they all have different personalities,” he said. “They’re very accepting, too; they kind of added me into their group for the time I was hanging out with them. I was very impressed with how accepting they were.”

Yet glowing reviews like these don’t always hold true across the Windy City. Hopping on the “L” for half an hour reveals quite a different train of thought: Northwestern’s nearest neighbor isn’t always its biggest fan.

“In general, I think there is a sense of pretension with the university, just because of its prestigious, offshoot Ivy League kind of thing, with acceptance rate of 12 percent or so,” Loyola University freshman Liam Boehme said. “I think that, as a Loyola student, I don’t know if it’s this weird competition kind of thing, since we are so close, but we’re not necessarily on the same level as far as a) size, and b) exclusivity, but I think there’s still this sense of competition.”

Competition is nothing new on NU’s campus – who got the least sleep cramming for finals, or who overdosed the hardest on hot cookie bar are classic topics of conversation While students here may live up to public perception of self-imposed pressure, they may not meet other expectations.

“First thing that comes to mind … is intelligence, just because of the rigorous admission standards, although I do have to add in a caveat to that: I haven’t interacted with a lot of Northwestern students who confirm such suspicions,” said Boehme. “I think that’s because the institution is so prestigious that I kind of have unrealistic expectations for all of the students there.”

Affectionately dubbed “Nerdwestern” by all those who have ever seen a Wildcat Welcome dance, whether or not the school lives up to its esteemed reputation remains up to interpretation. Some, however, like Loyola freshman Luke Lindstrom, think the shoe fits.

“When I’ve been there, the people have always just seemed very intellectual and maybe even a little bit nerdy,” he said. “You can’t really put a label on a whole group of people, in a sense, but that being said, when I have been there it seemed like a lot of the kids were into school, more so than Loyola I’d say.”

Although this view of Northwestern students as purple-clad “Urkels” remains prevalent among other colleges, undergrads as far as Illinois State University visit the area for vibrant nightlife, like a party attended by sophomore Lauren Smith.

“The party … that had a live band in the basement – that kind of stuff would never happen at ISU,” she said. “It’s always just DJs and music being played; there’s never live music, which I thought was super, super cool and different in a good way.”

Perhaps Evanston’s party scene comes alive at night, but it may not be the first thing that springs to mind when surrounding students hear our name. Either way, however, social life at Northwestern seems to to enjoy a fairly good rap in general.

“I feel like whenever I think of social life at Northwestern, I would consider it upstanding morally, forward and forward-thinking,” said Obasiolu. “In terms of what it contributes to the Chicagoland area, Northwestern’s a great institution, not only in the students that it puts out, but just in the morals that the institution upholds.”