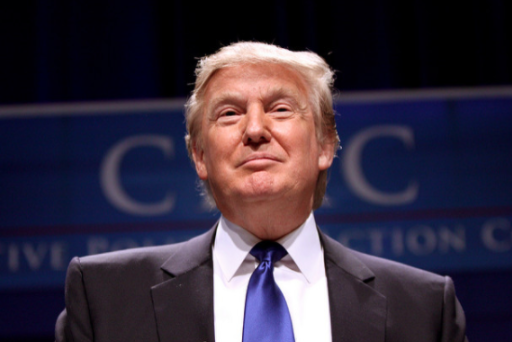 In 2016, we saw the near-death of the Great Barrier Reef, the ever-persistent drought in California and the “the hottest year ever recorded.” In 2017, however, we may see a total shift in environmental efforts, due to president-elect Donald Trump’s skepticism about climate change.

Last May,  Trump released that in his first 100 days in office he planned to pull the United States out of the Paris Climate Agreement, push for the Keystone Pipeline and remove the current limits placed on energy production. He said he plans to again use shale, oil and natural gas, and to begin projects of offshore drilling, despite the current efforts to reduce methane and carbon dioxide emissions. Trump also said he will seek to limit the power of the Environmental Protection Agency, and has a desire to “get rid of it in every form.”

“This makes me afraid,” SESP senior Stephanie Fox said. “More and more frequently I’m reading and learning about the potentially devastating effects of climate change. I fear that if the U.S. sets an example of inaction, other nations will follow.”

All of these actions are attempts to foster job development and infrastructure growth. According to Trump's plan, reintroducing fossil fuel development and offshore drilling will increase the U.S.’s profits on oil and create “lots and lots of jobs.”

“Infrastructure improvement is good,” Feinberg School of Medicine graduate student Nathan Whitmore said. “But when we talk about it we should be realistic about what the future looks like. Solar power is already nearly cost-competitive with fossil fuel. When we make infrastructure investments, we should be thinking 90 years down the road – not propping up a near obsolete industry.”

Trump says his goal in all of this is to make an energy plan that will put “America First” and make the country’s energy independent. He believes there is “some connectivity” between humans and the changes in the environment, but still maintains a plan that seeks to suspend many of the U.S.’s environmental protection efforts.

“Climate change is the issue most pressing to our generation,” School of Communication junior Caroline Caffrey said. “As a global leader and a contributor to the pollution, the U.S. has a responsibility to try and slow the problem.”

Though Trump says he hopes for an America where environmentalists do not make the rules, this will be hard to accomplish. Many members of Congress support the U.S.’s place in the Paris Climate Agreement and support environmentalist policies, like the Clean Air and Water Acts. The Supreme Court may also stand in favor of the Clean Power Plan, which Trump is in favor of repealing. The EPA, too, will not completely disappear; however, Congress could agree to decrease its funding, which would make it harder for EPA regulation to occur.

However much Trump plans to change the state of U.S. climate change policies, it will not be done easily. The Paris Climate Agreement requires nations involved to remain in the agreement for a year with a period of notice before leaving, which means the U.S. will have to stay in it for at least four more years. Internal environmental efforts are so wound into the fabric of current national policy that unraveling this thread to the extent Trump wants will take a long time.