For the past two years, the Chicago Women’s March has brought hundreds of thousands of protesters to Grant Park in the name of equality. In a somewhat unexpected move, the Chicago chapter of the Women’s March decided not to hold a rally in 2019. While Women’s March Chicago’s organizers cite financial and logistical difficulties as the primary reasons behind the rally’s cancellation, the decision came after the National Women’s March received criticism for alleged association with anti-semitism. 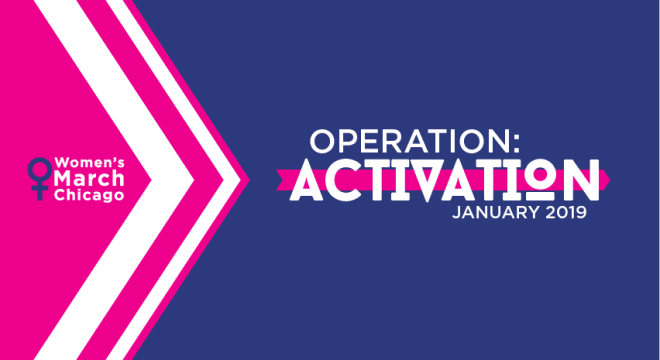 While many publications have claimed that the rally was canceled, WMC organizers maintain that they never planned to have one to begin with and that this decision was independent of the widespread criticism of the National Women’s March. Rather, their funds and volunteer reserves were exhausted after their Chicago March to the Polls, which drew thousands of participants in October of 2018. In a recent newsletter, the group explained that “the reality is that WMC would never have the needed funding or volunteer power to host two major back-to-back marches.”

In lieu of a single demonstration, WMC will be sponsoring an event called Operation Activation on Jan. 19, the third anniversary of the initial National Women’s March. WMC says it hopes the event will encourage past marchers to “take ownership of their own activism” and perform acts of service that will benefit their communities. Participants can register various service opportunities — such as coat drives or smaller rallies — to the WMC event calendar and invite others to join in.

Although the march was a popular event for Northwestern students for the past two years, some think this alternative is a better way to create concrete change.

“I don’t know how much actual impact [the march] had on the Trump administration,” said Communication junior Rachel Fimbianti. “A day of service may create more noticeable impact in a community if there is nothing we can do to change the government.”

Students also felt that the decision to skip the march this year is a good idea to give the organization time to reconcile long withstanding issues regarding diversity and inclusion.

“I’ve been to past women’s marches and left feeling a little unfulfilled,” said Medill sophomore Jessica Liu. “I definitely saw that there were divisions between the white women and women of color there. To me, until there’s a serious conversation about diversity and inclusion in the women’s marches, I don’t feel the need to participate.”

Despite setbacks, Women’s March Chicago recently published a newsletter saying the organization “will remain a galavanting force in Chicago” and plans to march again in the future.