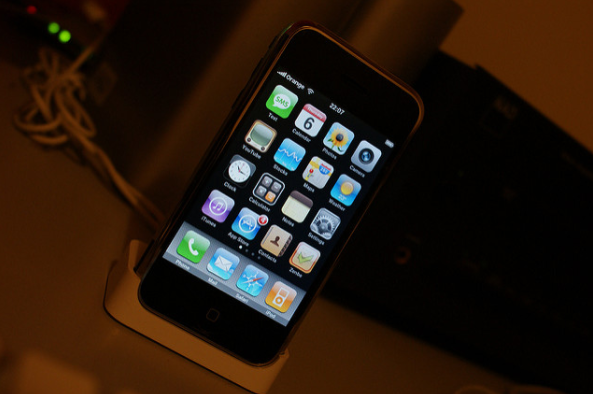 In a world run by Spotify and Snapchat, millions of people rely on smartphones. Though brands like Samsung and HTC have small fan followings, the superpower among smartphones in the U.S. is the iPhone. In the U.S. alone, almost half of all smartphone users use iPhones. This amounts to an estimated total of 94 million iPhones.

Since 2004, Apple has constructed its products in China under companies like Foxconn and Pegatron, which now manufacture a variety of electronics including the iPad, Playstation, Xbox and Kindle. However, in January of last year, president-elect Donald Trump shared his plan to have iPhone construction moved to America.

Though Apple imports parts from a variety of countries and creates plenty in the U.S. as well, at least half of the components for the iPhone are made in China. iPhones are assembled in these Chinese factories by employees who work long hours in notoriously unstable and dangerous conditions.

Trump's administration could subject Silicon Valley to a tariff on foreign suppliers as a push for iPhone creation in the U.S. This could potentially increase the cost of manufacturing the iPhone and raise current iPhone prices unless Apple absorbs the difference. As of now, iPhones currently cost $198.70 to produce and sell for $650. Yet the increased tariffs and the higher costs of labor in the U.S. could increase the production costs of an iPhone to $600 and could heighten the price of iPhones to as much as $2000. Under these circumstances, Apple could potentially suffer major revenue loss.

However, it is also possible that bringing iPhone production into the U.S. could create jobs and make the country more technologically independent. Though iPhone parts cost $200, it only costs about $5 for production, so Trump's team and much of the political right feel that production can successfully happen anywhere, so long as parts continue to be imported.

“While Apple will no doubt lose money per unit produced, perhaps they will begin a trend of products made by U.S. companies in the US, which could perhaps encourage prominent minds in this country to produce the best cellular technology on the planet,” McCormick freshman Barney Gray said.

While the merits of this plan for the U.S. are up for debate, China would definitely take a loss. Foxconn not only has manufacturing facilities already built there but also has hundreds of thousands of employees who manufacture iPhones. Moving production to America would mean an incredible amount of job loss in China.

Yet, there is still the possibility that iPhone production could bring positive change to America.

“I think that [building iPhones in the U.S.] would generate a lot of jobs, and I also think that just internationally it would increase the U.S.’s capacity,” Weinberg sophomore Areesha Majeed said. “I think that right now because iPhones are made abroad and are a hot commodity, it causes us to heavily rely on foreign countries, and building them here would increase our independence.”

Perhaps the push for technological independence is the fact that Apple has the capabilities to pay for the creation of new factories in the U.S. Though the same sort of vocational workers that exist in China do not currently exist in the U.S., as this sort of technological production takes place outside the country, it is also within the company’s budget to train and hire such employees. Apple is currently the second most valuable company in the world and clearly has the financial resources to increase production costs of the iPhone and make the smartphone in the U.S. if the company chooses to do so.