No more power bars, messy granola or no breakfast at all. The most important meal of the day just got tastier, yet still ideal for the morning on-the-go rush Northwestern students are accustomed to. On April 17, The Table, a student startup aimed at providing fellow ‘Cats high-quality and fresh breakfast food, started selling overnight oats for $4.25 at BrewBike. This addition to the BrewBike in Annenberg’s food selection might have students getting up a bit earlier to make sure they get a healthy, delicious bite. 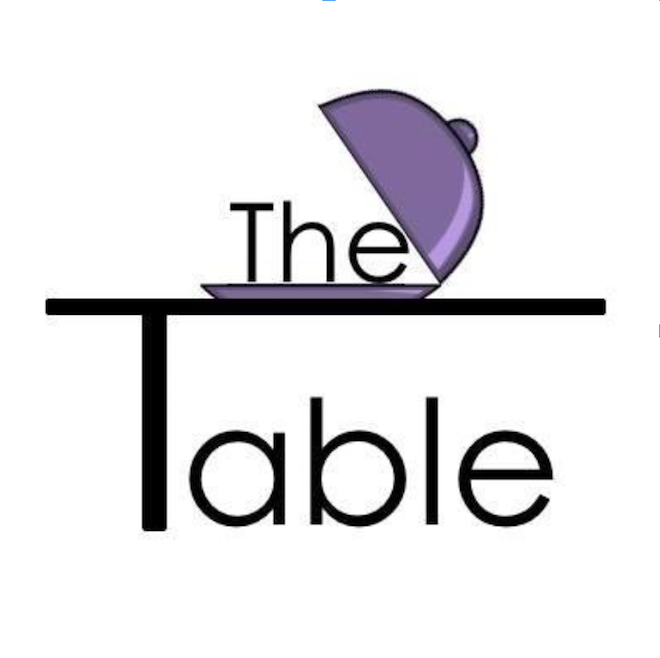 Image by The Table

The idea for The Table began last fall when Weinberg freshmen Rob Konoff, Amelia Russo and Matthew Schnadig and McCormick sophomores Aaron Patrick and Troy Daley participated in EPIC’s Launch program. EPIC, an entrepreneurship crash course and incubator for students, asked participants to come up with a solution to a community problem. The now co-founders of The Table decided they wanted to fix the lack of quality late-night food options on campus.

“Often, coming back from the library late at night my first quarter, I realized that the dining halls were closed, the restaurants in Evanston were closed, ordering food was out of the option because it was too late as well and so all we had left was Lisa’s, or Fran’s if you’re South.” Schnadig said. “I was looking for a nice, fresh meal, which is what we aim to provide at The Table.”

The Table’s main goal is to provide fresh breakfast foods, such as waffles, bacon, egg and cheese sandwiches and overnight oats both in the morning and late at night. The motto is fitting: “Late-night and morning breakfast food at the right place at the right time,” Russo said.

According to Russo and Schnadig, when they are able to invest in their own cart, the team plans to allow students to pre-order items at least 30 minutes before their desired pickup time. Not only does The Table want to make it easy for students to enjoy their food, but it also hopes to rival delivery services such as Postmates, Ubereats and GoPuff with its anticipated convenient pickup locations potentially in the Frat Quad or by Tech. When you’re particularly hangry and lazy in the late hours of the night, being able to pre-order to avoid waiting in line makes getting a late-night waffle in your hands ASAP even easier.

At first, Daley, The Table’s chef, could not figure out a recipe that made the overnight oats stand out. However, seven trials and many trips to The Spice House and various yogurt tastings later, which resulted in Daley concluding that plain yogurt outweighed Greek, Daley perfected the recipes for the Chocolate Strawberry, Apple Cinnamon and Berry Blitz overnight oats. 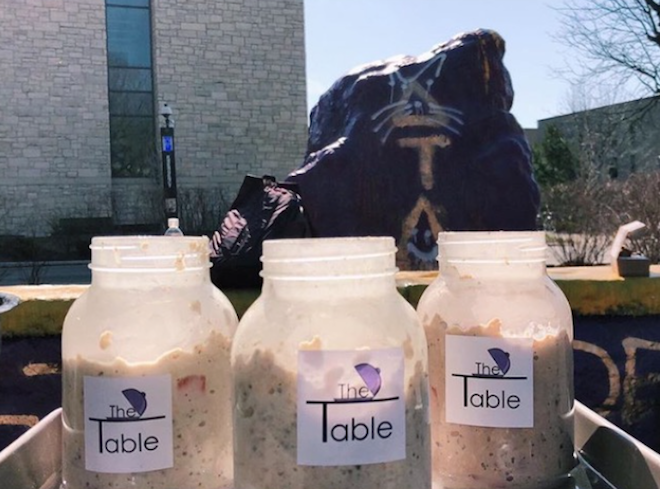 According to Russo, the base of all three flavors, which the team makes the night before, consists of yogurt, oatmeal, milk, chia seeds and honey. The next morning, they add toppings and spices, or “secret ingredients,” to differentiate the flavors. 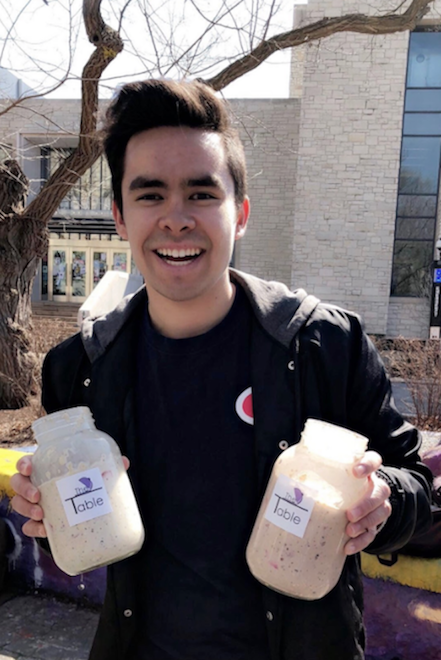 “Chocolate Strawberry is my favorite flavor because it has a nice chocolatey texture to it, as well as some crunch from some chocolate nibs from The Spice House,” Schnadig said. “And then, you have the freshly cut strawberries on top.”

Russo said that because she loves apples, the Apple Cinnamon is her favorite. While it of course consists of apple slices and cinnamon, it also has graham crackers both mixed in and sprinkled on top.

The healthiest snack is the Blueberry Blitz, made with whole blueberries, strawberries and bananas. Perfect for midterm and finals cramming, the Blueberry Blitz's antioxidant-packed combo will fuel you without an artifical sugar crash.

According to Russo and Schnadig, The Table turned a good profit and gained significant social recognition with the sales of their overnight oats. In the future, the team hopes to become a staple of campus breakfast and late-night food. If the The Table achieves its future plans, they might become the new, hot student business, taking over campus one jar of overnight oats at a time. 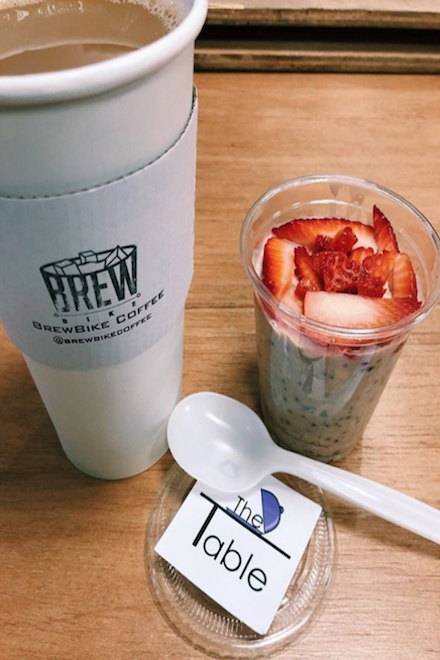