So how exactly did I react to the stress? Using biometrics and newer technologies like the Fitbit Charge 2, I can see how my body reacted during these types of situations.

I used a Fitbit Charge 2 to measure my heart rate while I was in class during my first week. On the second day of wearing a Fitbit, I had my first quiz, and I wanted to see if my heart rate would change. 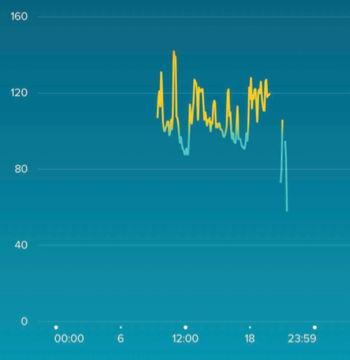 The highest peak during day one, when my heart rate increased to around 140 beats per minute, was after I ran up a few flights of stairs. My heart rate was significantly lower during times when I was not in class.

On day two of wearing the Fitbit, I had my first Latin quiz in the morning. Looking at the peak at 10 a.m. on both graphs, it appears that my heart rate was slightly higher on day two. 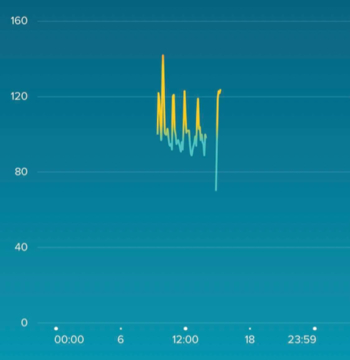 Because the difference in heart rate between the two days is small, I can’t say for sure that my heart rate increased because of the stress of my quiz, but it is clear that a hectic schedule filled with classes does cause heart rate to increase. Over time, it is possible that my heart rate remains more consistent as I adjust to my new classes and schedule.

But for now, I do know what calms me down. See the sudden drop in heart rate at the end of Day 1? That was when I was watching one of my favorite TV shows, Brooklyn 99.