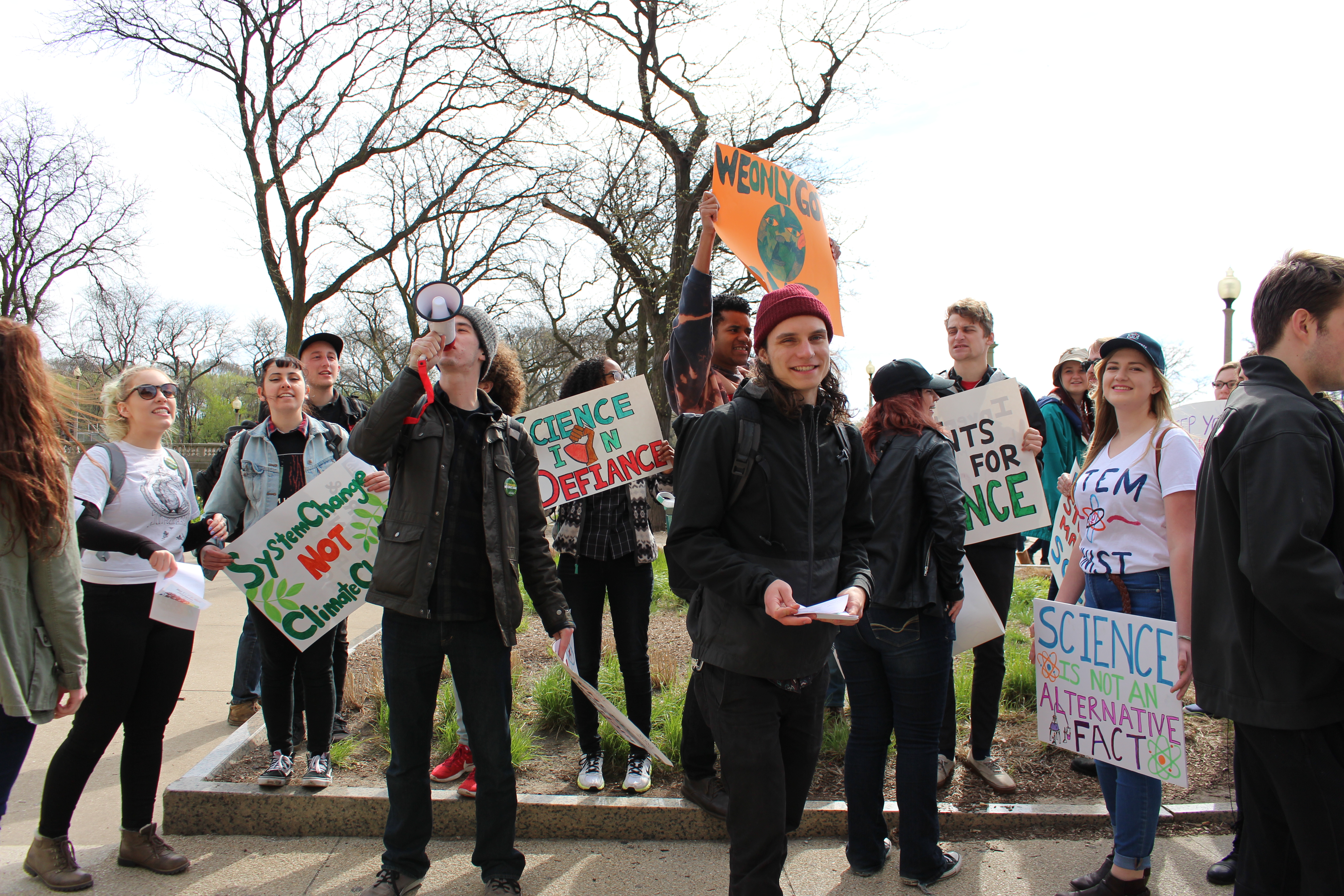 When I heard about the March for Science Chicago on Saturday (which took place concurrently with 600 other cities around the world), I didn’t know how to feel. Automatically, I assumed it would be something good – because it’s science and what isn’t good about that – but the more I thought about it, the worse it seemed. Here are three problems I was fearing:

Problem 1: Marching for science means there is something that needs to be actively protested against in the science community. It turns fact into contention, and though that’s something Trump has continually done, it seemed strange to acknowledge that his “alternative facts” could even be considered true. It made that idea real, something that made his presidency horribly prevalent.

Problem 2: We march for things we believe in. We push for the furthering of agendas of interest groups. There was fear that the March for Science would turn science into an interest group – not something that betters the lives of everyone, but something that only a certain subset of people support.

Problem 3: The composition of this subset; the fear that those marching would be heavily middle class, making science something for only the mildly wealthy and above. Researchers, scientists, middle-class children would attend, but marginalized groups would be drowned out.

And then the Chicago March for Science happened. It was none of these things.

Instead of the high-energy, anger-ridden atmosphere of the Women’s March on Chicago (rightly so, don’t get me wrong), the March for Science was somehow… happy. And calm.

The whole event was completely organized. Leave it to the scientists. People wearing yellow vests with “March for Science” stickers corralled everyone within the expanse of Michigan Avenue above Grant Park. They led cheers about science and climate change and how woke Chicago is, but not once did I hear the word “hate.” Yes, Trump was on signs and evidently the purpose for protest, but more than a hateful anger, I found an atmosphere of genuine love for science.

On the signs were comments like “I’m with her,” pointing at a picture of the Earth, “I’m significantly pissed off (p > .11),” and, “Science made ME possible,” with pictures of a newborn baby whose birth would not have been possible without scientific research.

Retired researchers, students, professors, kids, couples and dogs in bee costumes were present to protest the cuts from the science agenda. It suddenly made sense to me that the march was necessary, not because science was becoming an interest group, but because it is just genuinely an interest that a lot of people love – and that alone made me feel much more comfortable with the idea of marching for something that should inherently be believed. Rather than a protest, the march was a rally, a space to share truth and good feelings.

In the end, I see why the march happened – and why it was needed. It gave people a place to feel comfortable, to feel that a core part of their beliefs about the world and life was not being attacked, but instead appreciated. Though scientists may not be under the same sort of attack as immigrants or women or anyone else Trump has insulted, they still feel a sense of fear. With funding cuts, reduction of climate change protections and a wealth of other dangers to research we have yet to face, a shared space of affirmation was all people needed to feel reassured.

In summary, the March for Science was actually a really positive and empowering experience that quelled all my fears about what it might be. It pointed fingers at the hilarity of “alternative facts” and expressed dissatisfaction with the untrue claims of Trump, but in a way that left the crowd positive and more informed rather than angry and upset. Leave it to scientists to turn a ton of craziness into a positive display of logic and camaraderie.