Catch up with Northwestern football, John Boehner and more in this week's roundup. 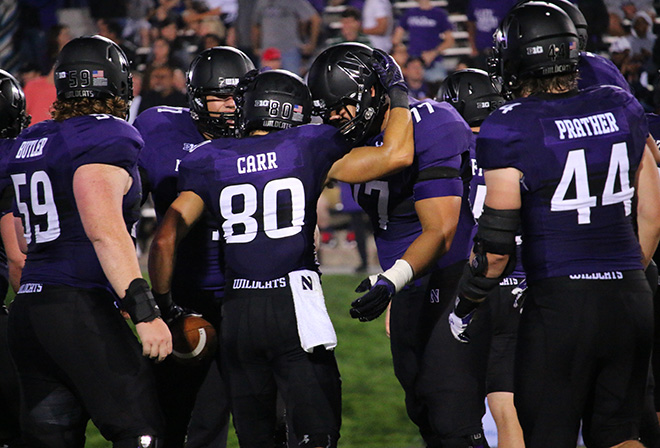 The United States Court of Appeals for the Ninth Circuit ruled on Wednesday that athletes cannot be compensated for more than their cost of attendance at a university.

Is that even legal?

The previous policy, where teams could pay athletes $5,000 annually, was a violation of the United States’ antitrust laws. Northwestern spearheaded a lot of this debate; the football team tried to unionize, declaring the athletes “employees” of the team. The Court was fearful that payments to college athletes could become a slippery slope leading to higher cash-ins. This controversial case may make it to the Supreme Court in the future.

Wrong. The NCAA promotes a narrative of “amateurism” around college athletes, keeping them grounded. College athletes are featured in advertisements promoted by team sponsors, similar to the big name NFL and NBA players. These stars get a cut of the revenue. However, the NCAA has defined a clear distinction between “support for an athlete’s education” and unrelated “cash sums."

Is our football team “wild” about this outcome?

Unfortunately, when the 'Cats tried to unionizein 2014, a court struck down the movement. Athletes may not be thrilled to be denied extra cash in their pockets, but the NCAA has widely supported the decision.

In 2015 alone, there have been 294 mass shootings. A mass shooting means that there are 4 or more victims including the shooter. There have only been 276 days in 2015 so far.

What’s the backstory for this one?

Authorities have found 14 firearms including seven pistols, five rifles and a shotgun, all related to the shooter. Authorities also said that all weapons were obtained legally by the shooter or someone related to him.

Not so fast. There will still be a great deal of resistance from groups like the National Rifle Association (Obama was not-so-subtly throwing shade at them). But some hope that lawmakers will hear people’s frustration and look into changing gun laws and not just increasing campus security.

Does Northwestern have any policies to prevent something like this from happening here?

It's illegal to have a gun on campus, no matter how many permits you have. Not every University has laws like that though: the University of Texas controversially passed a law allowing guns on campus, so if you're pro-gun control, it might not be the best idea to transfer there any time soon.

John Boehner announced that he would be resigning from his position as Speaker of the House at the end of October.

Remind me what the Speaker does?

As Speaker of the House of Representatives, Boehner’s main job is to make sure legislation gets passed, something that’s become harder and harder to do as the partisan rift in Congress keeps growing. Boehner has been fighting Tea Party republicans for most of his five-year term, and it seems that his stepping down was a bold move to try to keep the Republicans from causing another government shutdown.

So who’s running the show now?

Well, Donald Trump won’t be able to run for this position, too: the elections for a new Speaker have been set for Oct. 8, 2015. The favorite so far is Representative Kevin McCarthy of California, the majority leader – and a more conservative Republican than Boehner.

Since Boehner’s replacement is likely to be more conservative, it’s likely that there may be more gridlock in the coming years, and Republicans might start to get their way on issues like Planned Parenthood. However, Harrison Flagler, a senior in Weinberg and President of NU College Republicans, isn't too concerned. “Boehner was a good speaker, and conservatives usually voted in a solid block during his time in office," Flagler said. "I don’t think a new speaker will change the Republicans strategy in Congress very much.”

No longer walking the walk

Wisconsin Governor Scott Walker announced on Sept. 19. that he would no longer participate in the presidential race.

Walker became governor of Wisconsin in 2010.  He is most known for his controversial 2011 budget repair bill that reduced almost all collective-bargaining rights. Some residents of Wisconsin were so enraged that they demanded a recall election, which Walker won, becoming the first governor to do so.

Why’d he drop out?

Walker’s dramatic early dropout is mostly due to lack of funds. He has a great deal of local supporters but has failed to gather the same amount of super PAC money as his competitors, such as Jeb Bush. The most recent CNN poll before Walker’s announcement placed him at 6 percent amongst registered Republicans, which was discouraging to the campaign.

First off, Walker’s 2015 state budget included huge public education cuts, including $250 million dollars to the University of Wisconsin. Also, this will be a big factor in the future of the election campaigns going forward.