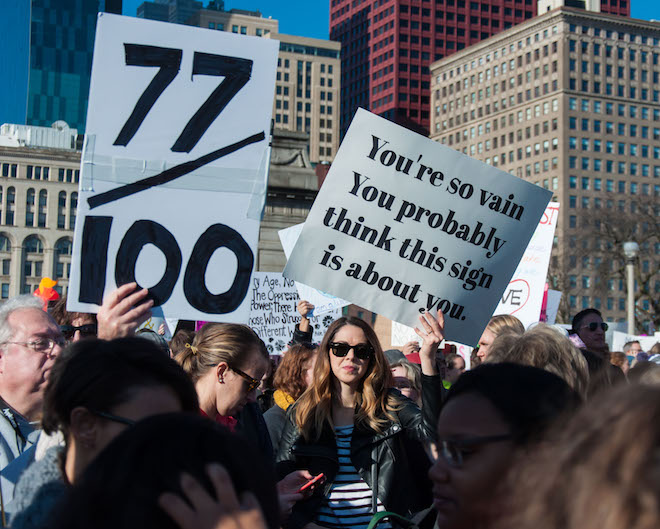 Filling the boulevards of downtown Chicago, signs stretched as far as the eye could see: “My parents didn’t immigrate here for this shit.” “37.5 million ‘snowflakes’ become an avalanche.” “Vaginas brought you into this world and vaginas will vote you out.” Among these signs and amidst a flurry of pink, the resounding boom of drums and voices shouting in unison filled the ears of everyone within a quarter mile radius of Women’s March Chicago.

Last year’s historic March on Washington took place on Jan. 21, 2017. Nearly five million people from across the world came together to rally for gender equality and in opposition to Trump’s inauguration. Since then, media outlets estimated that 7 million people around the world have participated in similar marches. The most recent march, which was dubbed “March to the Polls” and took place earlier this month, demonstrated the importance of voting in the upcoming election. Thousands of women and allies marched from Grant Park down Jackson Street to Federal Plaza, where early voting sites were open.

Going into a rally for the first time, I didn’t really know what to expect. A couple friends and I got together to google inspiring quotes, print pictures of Beyonce and scrawl over poster boards in order to create our own signs, but I was still unprepared for the deluge of signs present at the rally, full of messages ranging from funny to angry to hopeful. Nobody warned me to prepare myself for the huge meandering baby Trump balloons peacefully bobbing around, or all the cute dogs decked out in all their feminist regalia.

It touched my heart to see people of all ages, genders and ethnicities marching united. Full-time moms pushed strollers full of infants touting signs and elderly men were riled up for gender equality. Police and their horses blocked off the roads to keep marchers safe, but there were still groups on the sidelines discouraging citizens from voting, which would have felt disheartening had I not been surrounded by people who swept me away from that message. The more that organizations, like the Church of God, tried to dissuade protestors from voting on the basis that participating in a broken system would only perpetuate America’s problems, the louder the protestors chanted to drown out their message. As one body, we proudly raised our signs higher and marched on.

Rallies like this are not for the faint of heart, but having taken part in a cause that I believe in has been one of the most rewarding experiences I’ve had this year. Basic rights such as voting and assembly are not provided for much of the world, so the fact that as students we are able to participate in the electoral process now to shape our future, is something that should not be taken lightly. 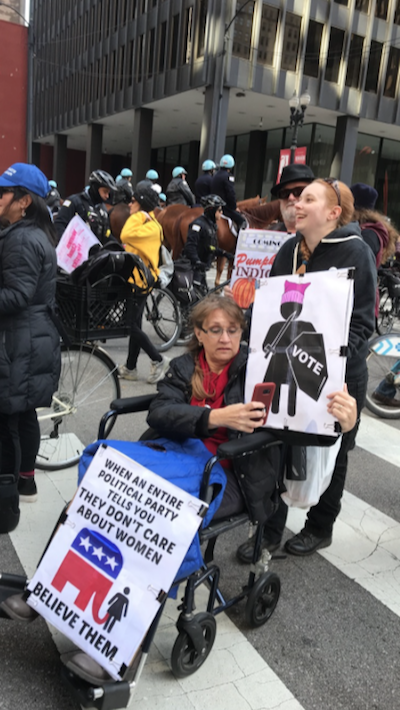 Especially as women, we have only gained the right to vote in recent history after a long fight against a patriarchal system. This power that has been granted to us may not seem like much, but the suffragettes devoted their entire lives to fighting for this right. To throw away this gift would be negating their efforts and the works they accomplished. Though we no longer live in the 1920s, our reality is still very much male dominated. So as a result, we live in fear of watching our sisters, mothers and daughters be objectified, degraded or sexually assaulted, while we watch their assailants sit comfortably and unapologetically in the Oval Office or Supreme Court. The system is broken – there is no denying that. But it is up to us to change the system, to use our voices, to join them together and make noise the world will never forget.