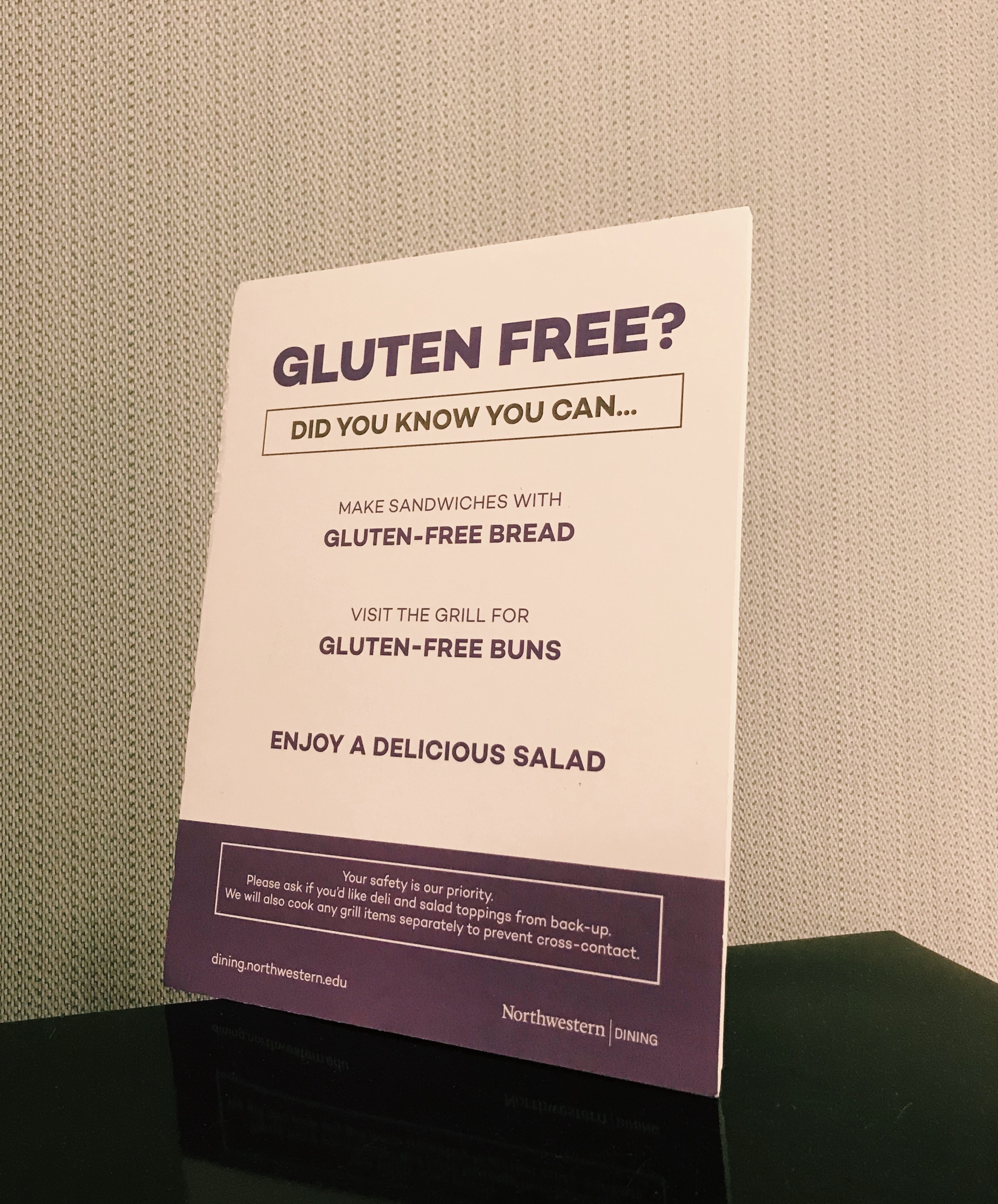 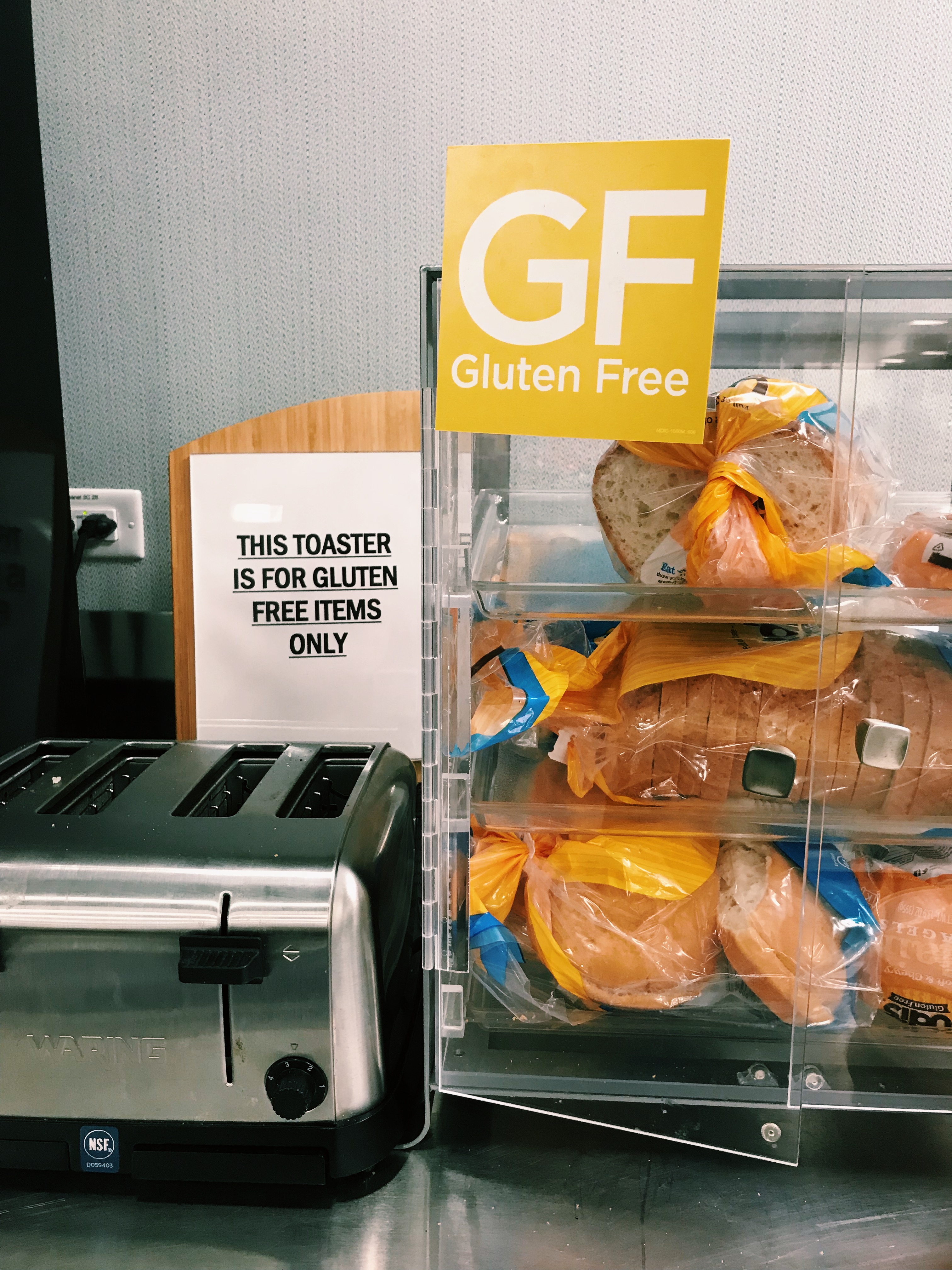 In the movie La La Land, there is a scene where Emma Stone’s character, working as a barista, is confronted by a woman who snarkily asks, holding a baked good, “Are these pastries gluten-free?” The moment is supposed to be one of humor, mocking the annoyance that comes from customers who ask seemingly “ridiculous” questions. But the idea that being “gluten-free” is a choice that only the diet-obsessed make just to be ~trendy~ has developed a stigma that hides the truth about actual gluten and wheat allergies.

According to the Gluten Intolerance Group, 1 in 100 people in the United States suffer from celiac disease, an autoimmune condition that causes gluten to inflame the small intestine. Estimates of gluten sensitivity, a less serious but still harmful intolerance, are undetermined, but considered to be even higher.

With all this in mind, I realized that while Northwestern Dining makes clear efforts to serve those who are vegetarian and vegan, I’ve never really noticed how well the dining halls fit the needs of those with other dietary restrictions. So in order to discover if the dining halls treat intolerances as more than just a punchline, I set out on a week without gluten – here are my findings. 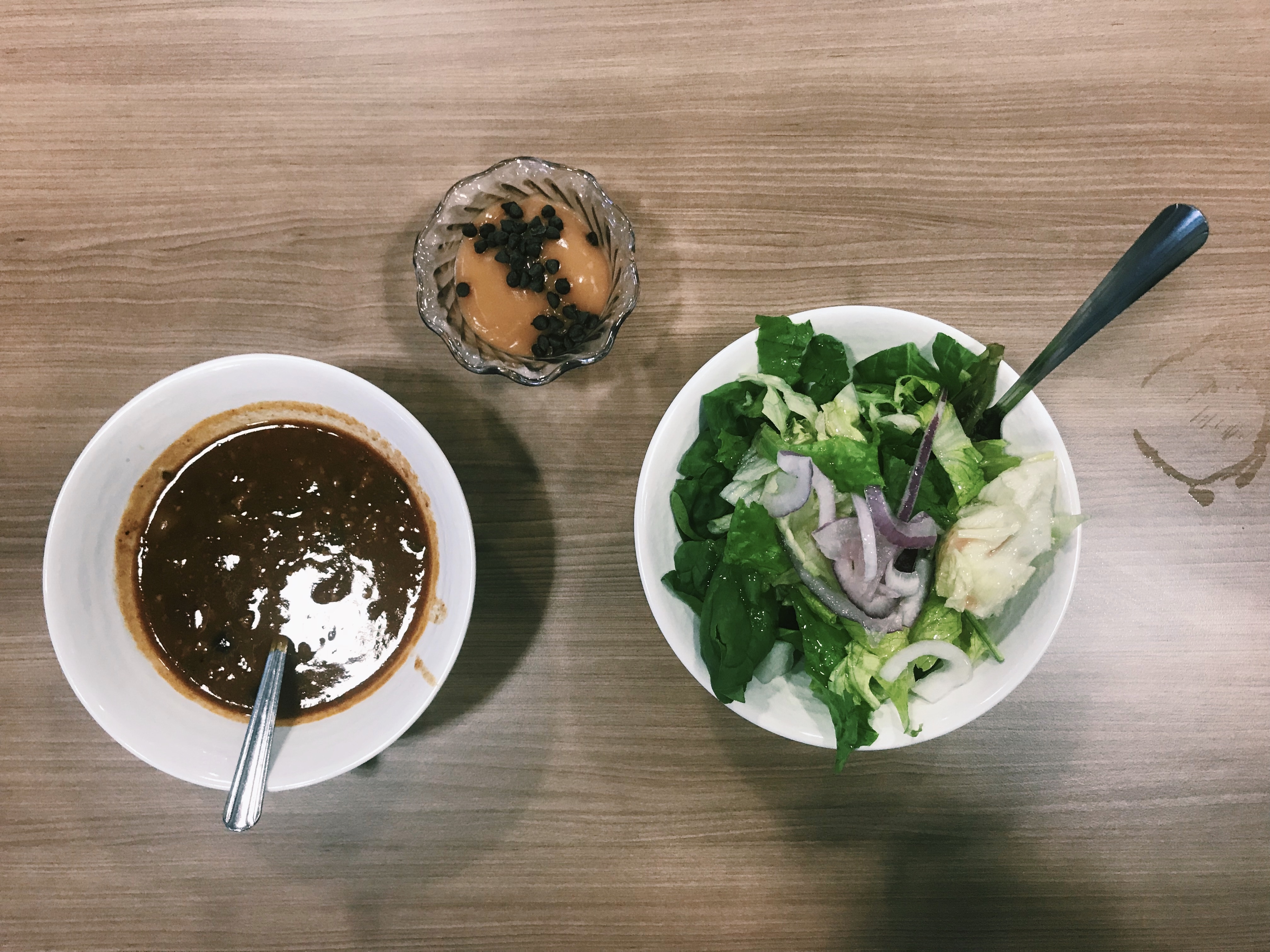 My first discovery of the day was that there is no easy-to-identify icon for gluten-free foods, like there is for vegan and vegetarian items. As embarrassing as it may sound, this initially confused me into wondering if there was any way to tell if a food has gluten or not. Then I noticed that each label does list the common allergens (gluten, soy, milk, etc.) in the dish, in small print at the bottom. I guess the fact that I didn’t even know these warnings existed before shows how privileged I am with my restriction-free diet.

I chose Sargent as my first gluten-free stop because it’s the largest dining hall, and they usually have diverse options. Sadly, a lot of the main items, like enchiladas or gyros with pita bread, weren’t gluten free. Also, because the lines at Sargent can be aggressively long, I opted not to wait in one just to find out that most things weren’t even gluten-free. So instead I settled on the turkey chili and a straightforward salad – nothing that exciting. This meal isn’t that different from what I eat on a traditional night, but I can see how it could be a drastic change for someone who lives and breathes carbs.

But, there was a clear upside to this meal: the butterscotch pudding. I know pudding is not everyone’s go-to dessert, but when you can’t indulge on one of the tres leches cupcakes (truly heartbreaking), it’s nice to be able to settle for something that’s still delicious. 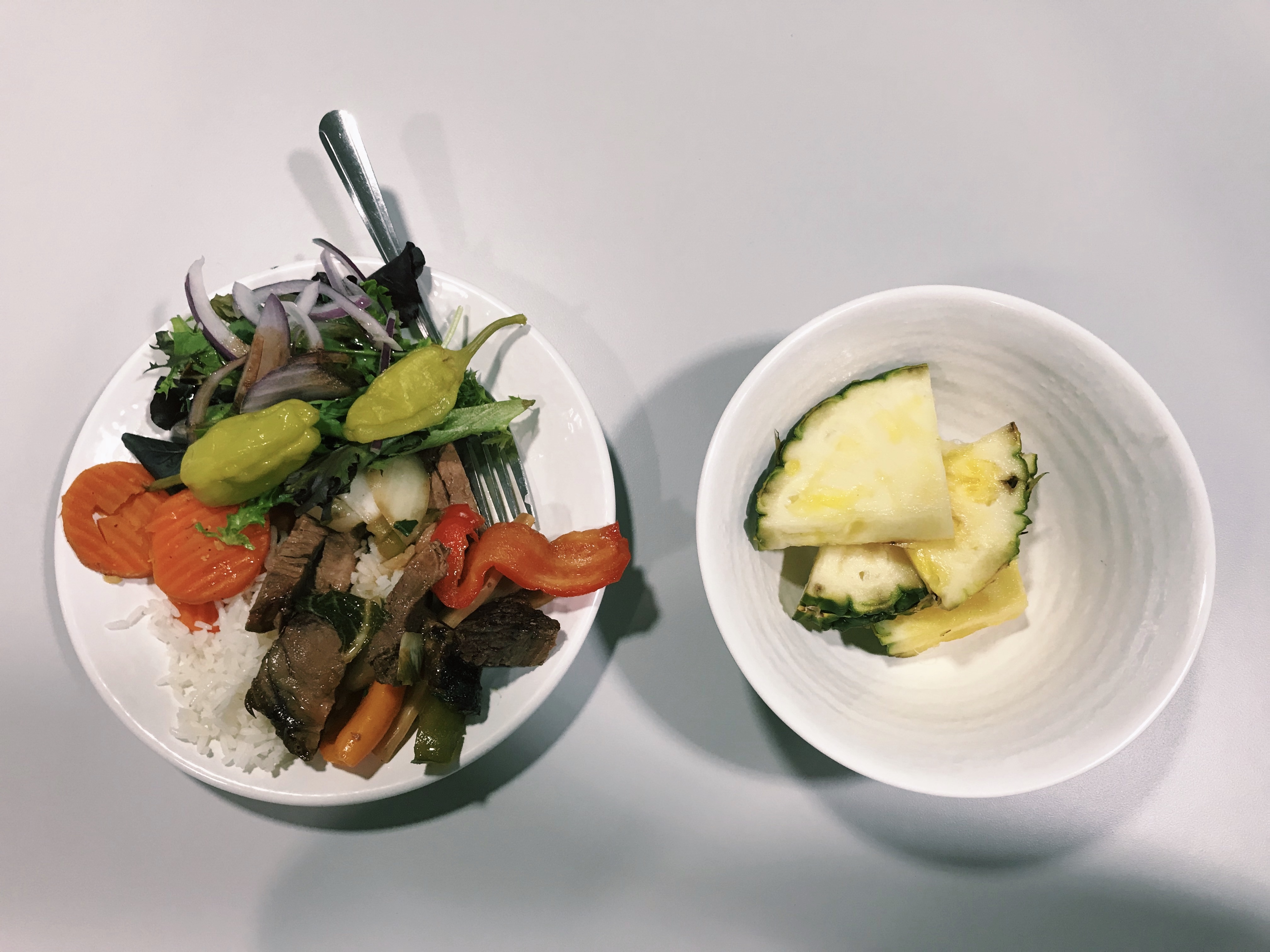 Today, I treated myself to my favorite South Campus dining hall: Allison. And, not to pat myself on the back, but it turned out to be a terrific decision. When I first noticed that the main entree was beef stir fry, I almost admitted defeat. You see, stir fry usually contains soy sauce, and soy sauce typically has gluten (who would have guessed, since it’s called “soy” sauce). I thought my dream of delicious beef and vegetables went down the drain. But then, when I checked the label just to be sure, I saw no allergens listed! I can’t deny that I was skeptical, but that didn’t stop me from heaping a serving onto my plate. I supplemented the stir fry with rice, carrots and another unimaginative side salad (with oil and vinegar, because I wasn’t sure about the pre-made dressings). The only disappointment of today’s dining experience was the lack of gluten-free desserts. Too many cookies and cakes, which were laced with gluten that I had to resist. I could have opted for ice cream, but I decided to go with pineapple instead. After all, the ice cream has no nutrition label, and even though I don’t actually have a reaction to gluten, I thought I’d respect those who actually have to deal with the higher stakes of taking a gamble. 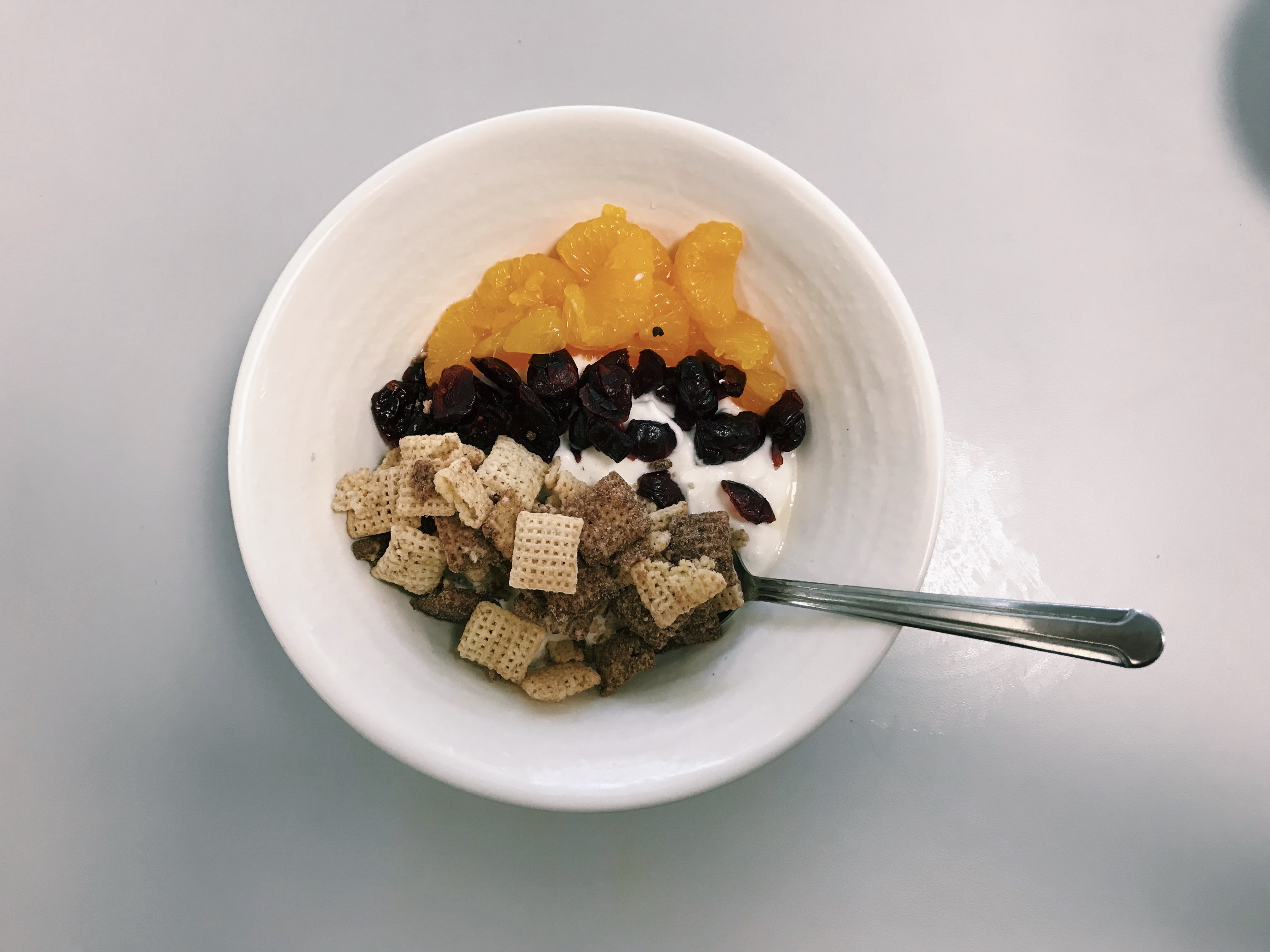 For today’s lunch, I headed to Plex West. I first checked out what the grill had to offer, and between chicken wraps and chicken sandwiches, nothing was both gluten-free and appetizing. Even the soup offering today, minestrone, was out of the question because it contained noodles (sad!). I reverted to my classic lunch fare: a yogurt parfait. I filled my bowl with Greek yogurt, mandarin oranges and dried cranberries. Sadly, when I reached for the granola (one of my favorite dining hall selections) I noticed that there was no nutrition label and I had no idea if it was glutinous or not. I still persevered, opting to add some of the gluten-free cereal as an alternative, which was actually really gratifying because there was a chocolate dust on the Chex. The sweetness of the fruit, the crunch of the Chex and the tartness of the yogurt made the ultimate combo. This may not have been the flashiest lunch option, but it got the job done and made me feel healthy (and a bit fancy, since I got creative with my “presentation”). 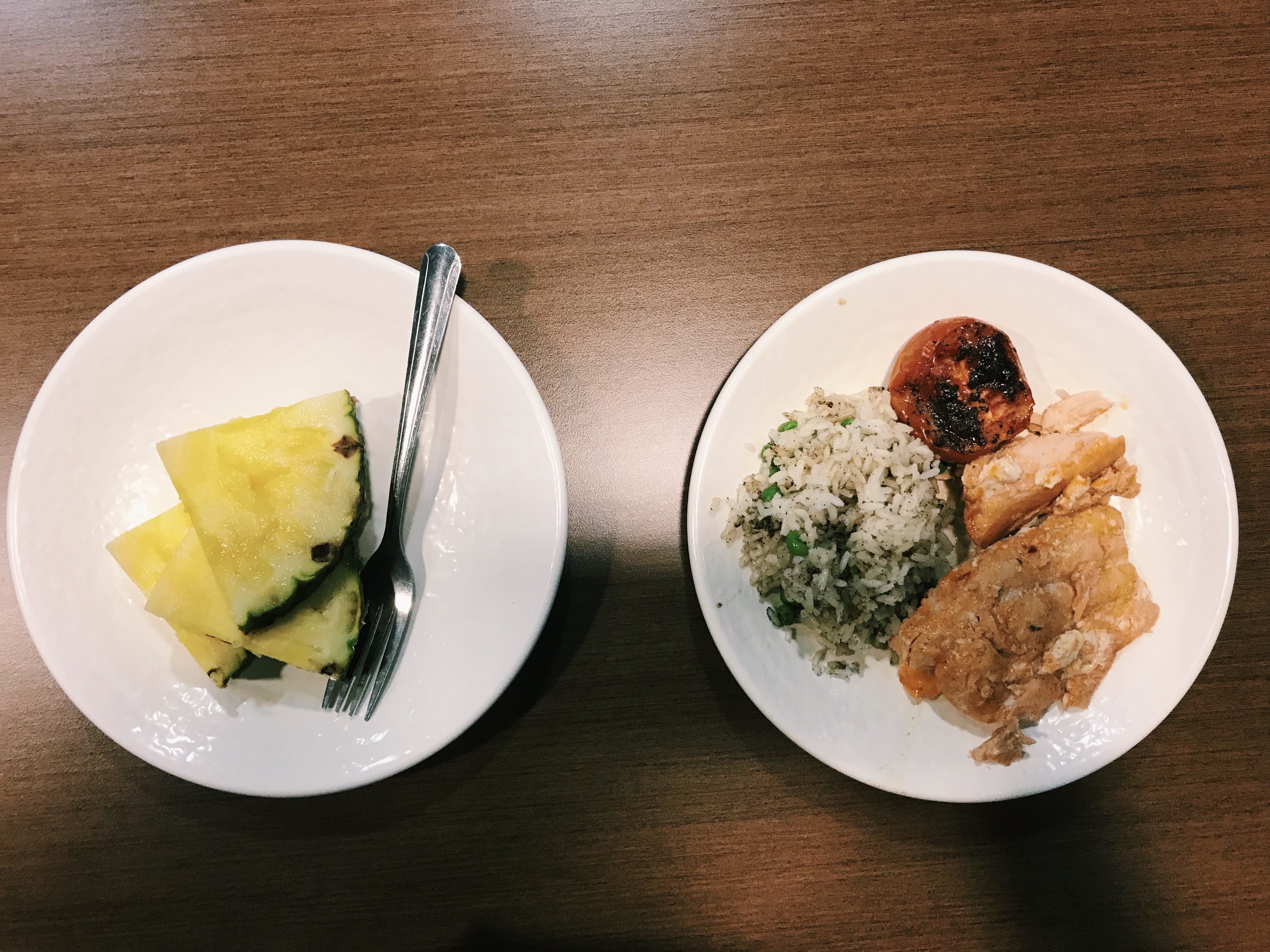 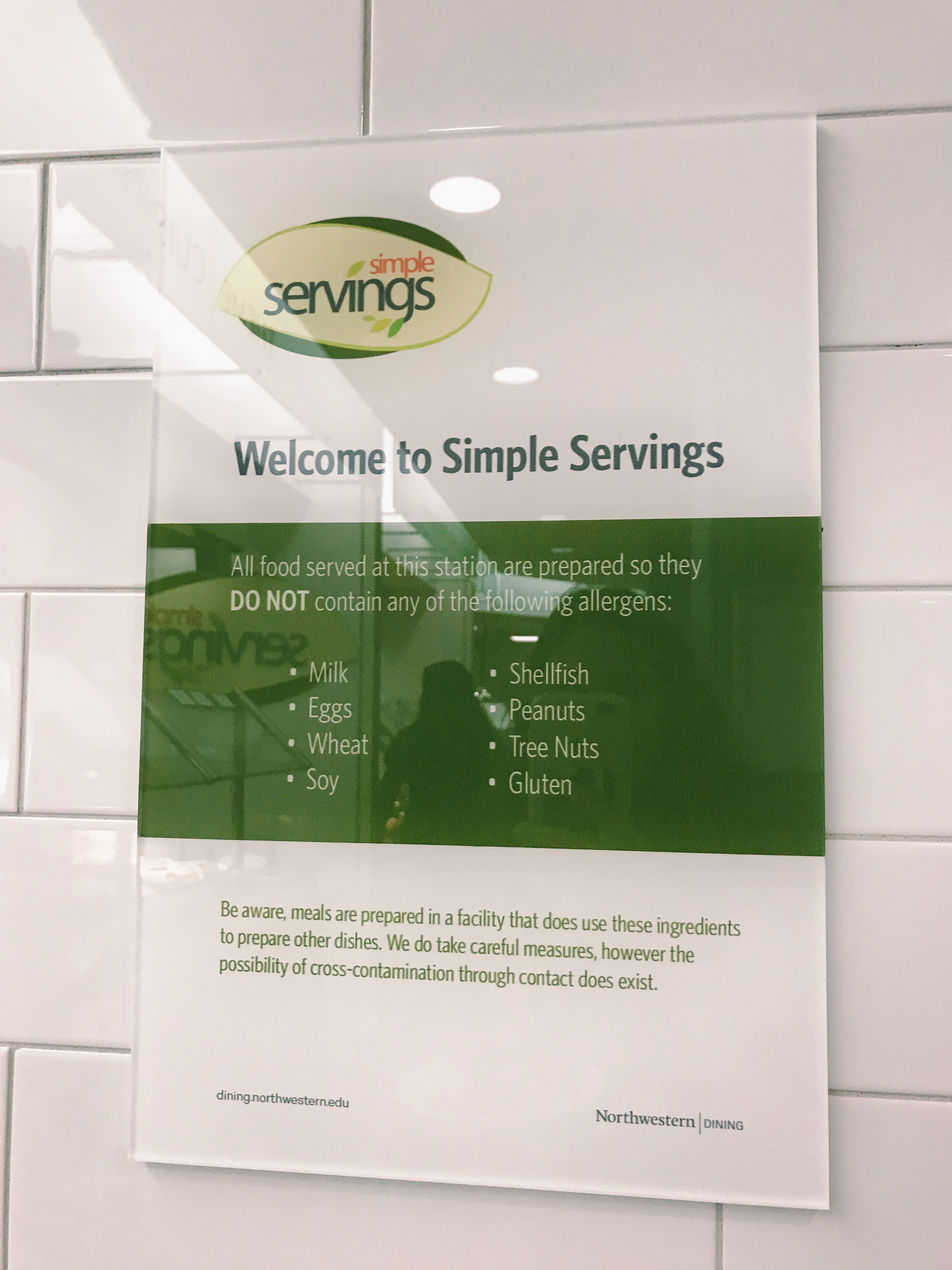 It was once again dinner time at Allison, so in order to not repeat my Day 2 experience, I ventured into new realms and took a chance on the simple servings, which are always allergen-free. I have a weakness for salmon, so today seemed like the right time to be a bit adventurous. I have to say, the salmon was on point – so flavorful and a little bit spicy, which I love. Sadly, once again, Allison was slacking on the gluten-free desserts (how many variations of cake can you make?) so I filled my plate with some perfectly-ripe (and juicy!) pineapple. The simple servings truly make for a well-rounded, satisfying meal; I didn’t feel like it was missing anything from the lack of gluten (besides a real dessert). I’m reassured knowing that anyone who is gluten-free (or suffers from other intolerances, for that matter) can always grab a plate from the simple servings section to make their lives, as the name implies, a little bit ~simpler~. 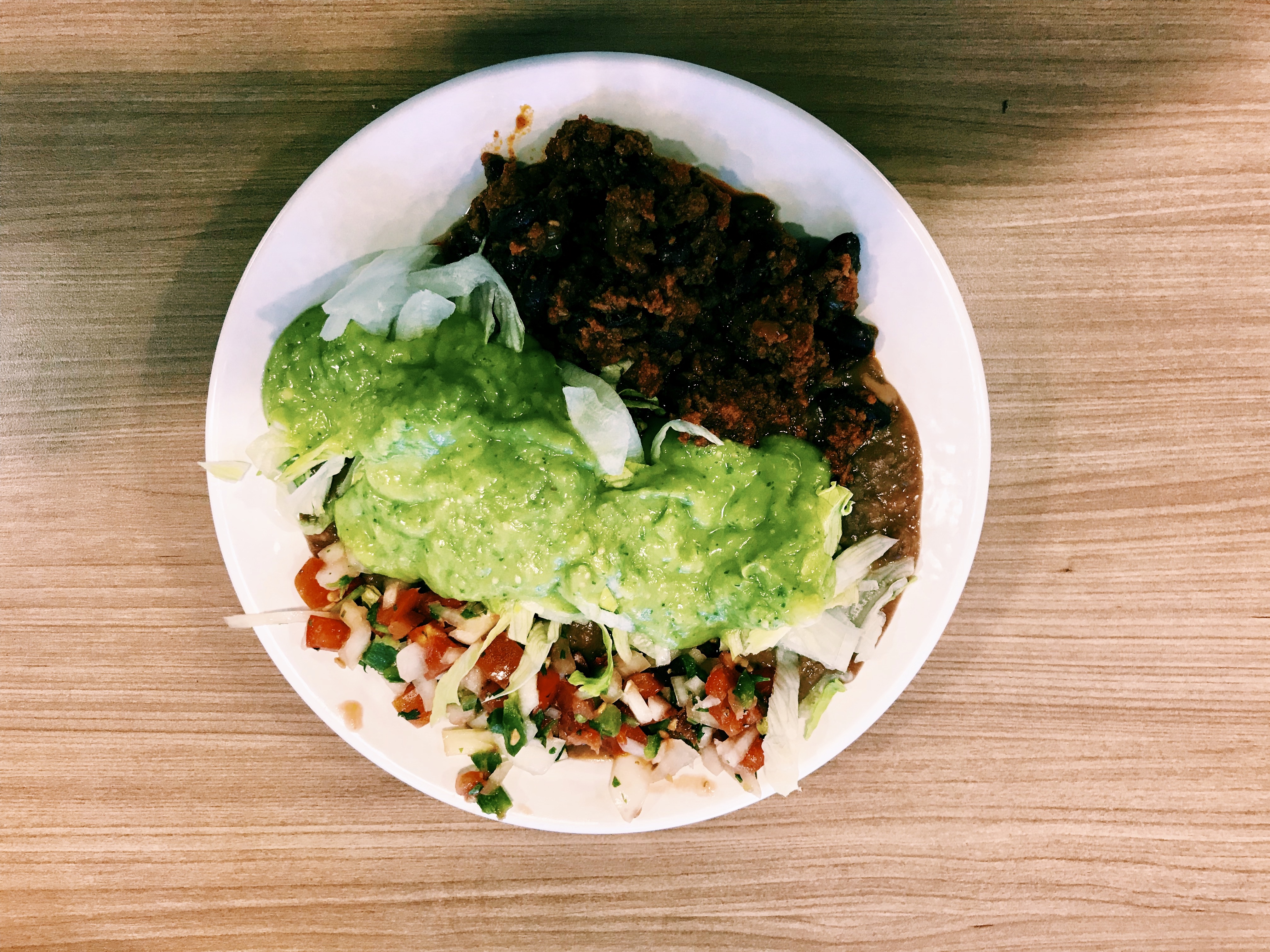 Tonight’s meal, my final conquest, was by far my favorite. As soon as I saw the taco section at Sargent, I knew I was in for a treat. The assembly line began with “white taco shells,”that were listed as gluten-free, but totally looked like flour tortillas. I wasn’t about to take the risk (which is funny, considering it’s not actually a “risk” for me) and opted to make a glorified burrito bowl on my plate. I got all my favorite fixings – refried beans, pico, guacamole. It was true heaven on earth. I was so satisfied that I didn’t even need dessert (which made the lack of gluten-free options not so terrible).

This whole experience made me realize my own diet privilege and understand all the things I take for granted when I walk into the dining hall every day. Normally, my biggest complaint is always there’s nothing I’m “craving.” On the other hand, students who have allergies may be lucky to find things they like that don’t make them ill. I noticed my skepticism throughout the week growing, as I started to question if things were really safe when they appeared to not be. It was a true glimpse into the life of someone with an intolerance, and it made me realize how much I respect anyone who lives like this daily. At the end of the week, I realized that the dining halls don’t make it unbearably challenging to eat gluten-free, but that everyone should still consider taking a journey like this to understand the perspective of someone with less diet freedom. Sometimes the best way to open our eyes to others’ experiences is through our stomachs!