Three games into the season, Northwestern men’s basketball (3-0) looks sharp and appears to be finding its identity. Thus far, the team has looked elite defensively with a much more dynamic offense than we saw in the Bryant McIntosh era. In solid wins against three inferior opponents in New Orleans, American, and Binghamton, the Wildcats have enjoyed both strong play from their studs, and a few pleasant surprises. Here are the key takeaways from each game.

Northwestern started slowly in this game before putting the pedal to the metal after halftime. In his first game in purple, Ryan Taylor had an immediate impact, leading the team with 20 points. 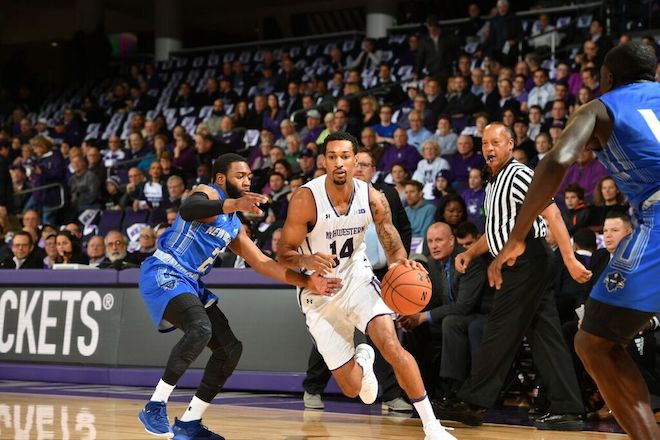 Ryan Taylor has quickly emerged as a key part of the Northwestern offense. Photo by Stephen Carrera / Northwestern Athletics

Northwestern missed a lot of open shots, but did enough to win. Pardon and Law carried the team on both ends of the floor.

This was Northwestern’s most dominating win, especially considering that Binghamton went on a 19-2 run in the middle of the second half. The ‘Cats shot 51.6% from the field on the night.