Theresa May hammers out controversial deal in push for Brexit
By James Crisafulli
6:45 p.m. Nov. 19 2018

“We will not rerun the referendum. We will not renege on the decision of the British people.” During a heated Parliamentary debate in London on Wednesday, British Prime Minister Theresa May delivered this line in defense of her newly negotiated Brexit deal. She faced immense opposition from both Conservative and Labour ministers to the agreement. The document, which contains over 500 pages of arcane diplomatic language, seems to be a disappointment to many, but why?

Brexit, to remind you, refers to the vote that took place in June 2016 for the UK to leave the EU, when the ‘Leave’ side won with 52 percent of the vote. Since then, UK and EU politicians have been scrambling to reach a deal on exactly how the process will work before they officially exit the EU in March 2019. This week, they finally got one.

The preliminary agreement contains many concessions that ‘Leave’ voters see as failures to carry out Brexit promises, while the opposition finds any form of Brexit threatening to the UK economy. May has responded to challenges from both sides, as well as four resignations and calls for her removal, by doubling down on the deal, claiming she “wholeheartedly believes it to be in the best interest of the UK.” Here are the two most controversial pieces of the agreement. 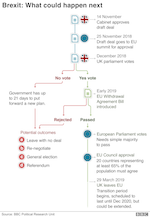 The specifics of a trade deal between the UK and the EU will not take place until the transition period after March 2019. However, the UK and EU both outlined their overarching trade goals. These included maintaining free flows of goods without tariffs and a form of equivalence for financial services, which London’s thriving financial sectors sees as good news. Essentially, this means that the UK will remain economically linked to the EU, and it allows the UK access to EU financial markets. Many believe this will avoid the worst economic effects of a ‘hard Brexit,’ which would impose EU regulations on UK financial activity.

These agreements are mostly temporary or tenuous, though. UK officials are relying on their ability to negotiate better trade deals with other countries, but the region has not had to do so independently for decades, causing massive uncertainty. The pound’s value has been decreasing and volatile, and UK stocks have slid as well.

However, the Brexit draft agreement compensated for this border issue by keeping Northern Ireland in the EU Customs Union and requiring that goods coming from the UK be checked to see if they meet EU standards. Northern Ireland has voiced frustration at this, not only citing economic concerns but also appealing to a sense of equity, not wanting to be treated differently than the rest of the UK. May has declared that this so-called ‘backstop’ will not be necessary, as UK and EU officials will negotiate a better plan.

As is clear, much of the Brexit saga remains to be determined, and neither the UK nor the EU has offered any clear commitments. As of now, the draft agreement has passed through May’s cabinet, but must still get approval from Parliament and the EU. Many see both of these feats as difficult if not unlikely, stoking fears about the UK leaving the EU without any deal at all.